The "Real Housewives of New York City" star stopped by "Watch What Happens Live" on Tuesday, where she opened up about "Botched" star Terry Dubrow's comments about her weight on the same show the night before.

On Monday, Dubrow stopped by "WWHL" with costar Paul Nassif where a caller asked which of the "Real Housewives" stars they'd like to have on their show to "fix."

"I would put on Bethenny and just feed her a little bit. She looks amazingly pretty natural, but she's a little skinny girl for me," the hubby of "Real Housewives of Orange County" star Heather Dubrow confessed.

Check out the clip above to see what the Skinnygirl CEO thinks about the doctor's comments!

"There's been a whole thing lately with skinny shaming, Kelly Clarkson with body shaming and Giuliana Rancic with ... I'm not going to be like 'Oh God, people think I'm skinny,'" the reality star confessed. "I'm just not ready to get on that bandwagon."

While it seems like the mother-of-one doesn't care about Terry's comments, she was a little heated yesterday when his appearance on the Bravo show made headlines.

"Who is dr dubrow & what happened? Some dumbs--t md talk abt what he doesn't know? Or @andy s--t stir pretending it was innocent? Or both?... So he's a 'rich, busy & sucessful' md using his wife's reality show to comment on me bc he's bored? Irrelevant? fame hungry? Needs $?," she posted on Twitter.

Even Heather came to her hubby's defense, clairifying that he was just joking while trying to avoid answering the question all together.

"Love you @Bethenny, @Andy asked a question about what T would do plastic surgery wise on HW..He made a joke, feed Bethenny, no harm meant," she tweeted back to the fellow "Housewives" star.

What do you think about Bethenny's response? Tell toofab in the comment section below and check out the gallery to see more stars who have battled weight criticism! 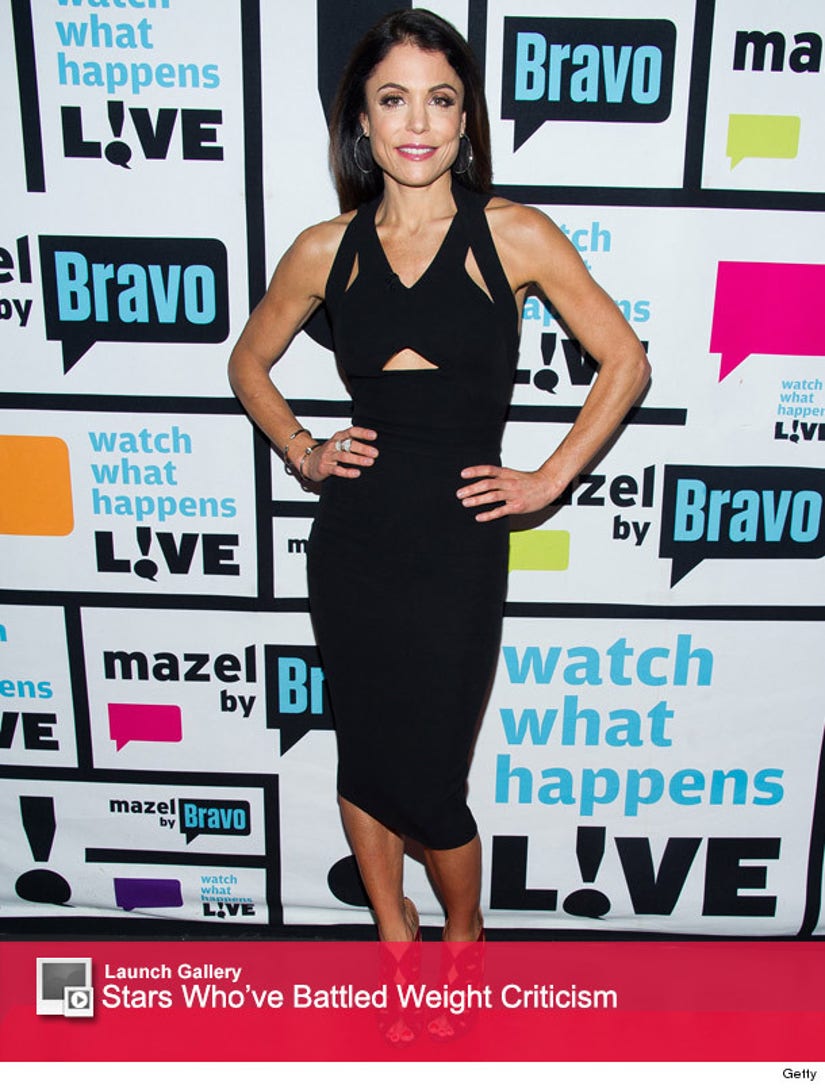