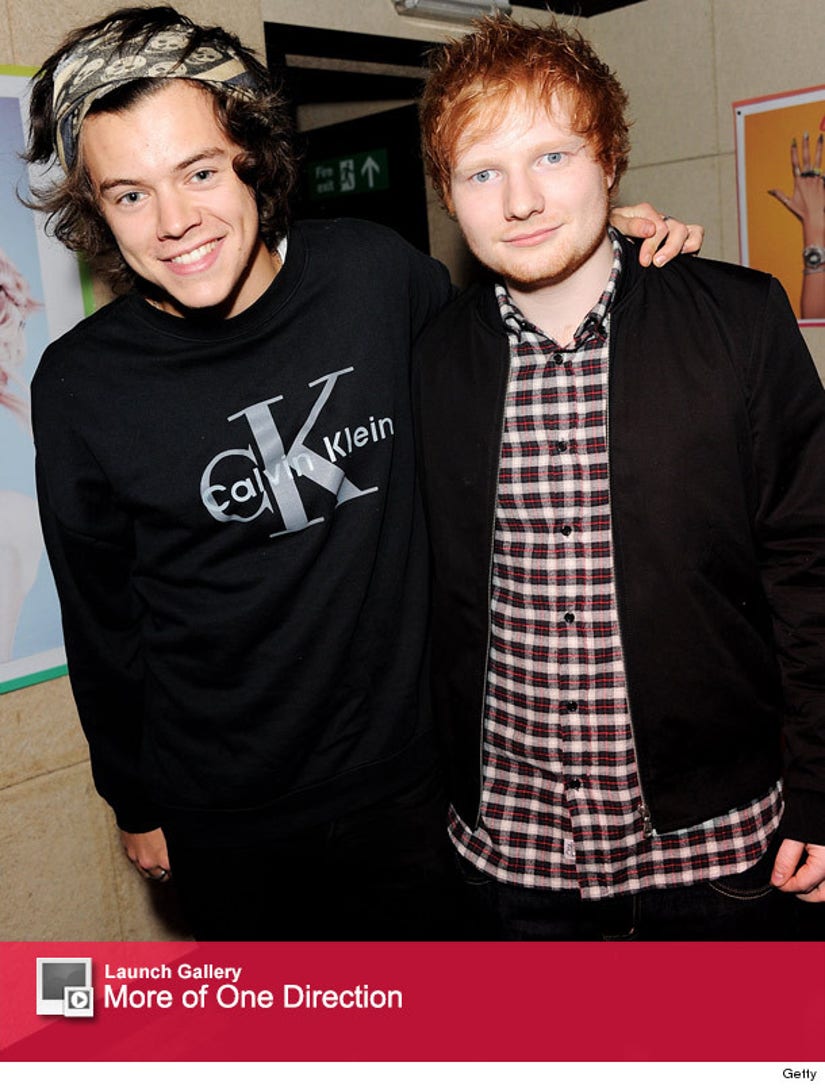 The "Thinking Out Loud" crooner revealed a very interesting (and private!) tidbit about his friend and One Direction member Harry Styles.

In a recent interview with New Zeland's ZM Online, the 24-year-old read and answered fan questions, and one happened to be about a song he wrote for his fellow Brits.

The Q: "Was 'Little Things' written about One Direction's little things?"

"He [Harry] definitely hasn't got a little thing, so no, I did not write 'Little Things' about [his] little things." Ed hilariously responded.

But the crooner didn't stop there, his mind went even further in the gutter when he continued to comment on how "well-endowed" the star is.

He even claimed that the 21-year-old leaked nude photos that popped up online back in 2012, which Styles denied were real at the time.

"Did you know Harry leaked that picture himself? He leaked his own picture....I think it's amazing," he said of Harry's NSFW photo. "He was just like 'no one knows.'"

What do you think of Ed's TMI confession?! Tell toofab in the comments section below then click "Launch Gallery" for more of One Direction!