Yes ... you read that headline right!

Jeremy Renner stops by "The Ellen DeGeneres Show" on Wednesday, where he reveals that he has a unique family dynamic. The actor is the oldest of seven kids, and his father welcomed a baby boy the same week that the "Avengers: Age of Ultron" star had his first child. 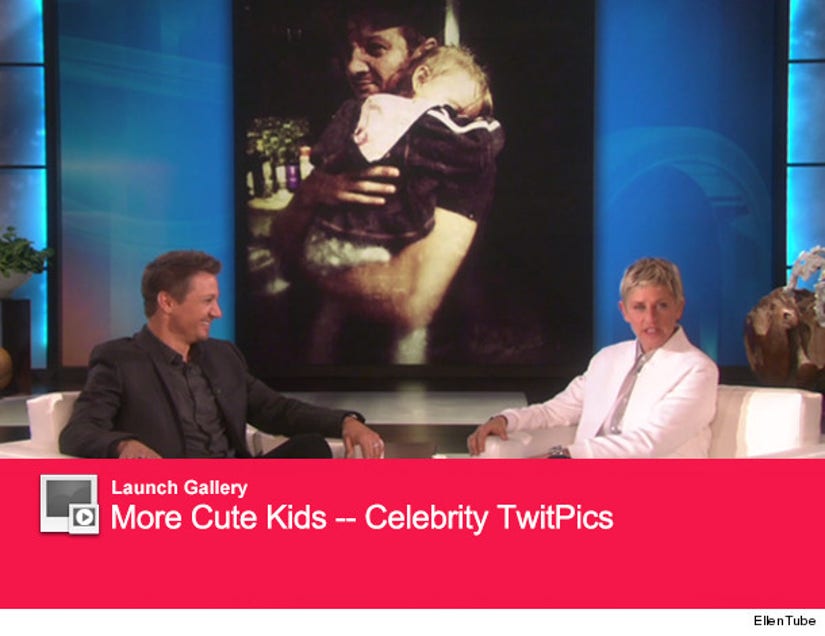 "I'm sorry?" Ellen asks in disbelief. "Yeah my dad had my brother the same week I had my daughter. So it's kind of like my Dad's having his own grand kids kind of thing. He's still, I mean it bodes well for me I guess. I can still, ya know, make things happen later on in life."

"So that's her brother then?" the comedienne asks with a confused look. "No, no. that's her uncle," Renner retorts.

Check out the hilarious clip above when Ellen blames her confusion on alcohol!

Jeremy also opens up for the first time about his two-year-old daughter, Ava Berlin.

"It is the greatest thing in the world," he says of fatherhood. "I mean it really kind of it changed my perspective on a lot of things. It's kind of screwed my career in a lot of ways. Because I don't really care about it so much cause I care about her so much."

"She's like number one in my life," he adds. "And now I get to do movies on the side. Daddy's my best role to date I think."

Watch the video above to hear him gush about this little one -- there's nothing more adorable than a doting dad, right?!