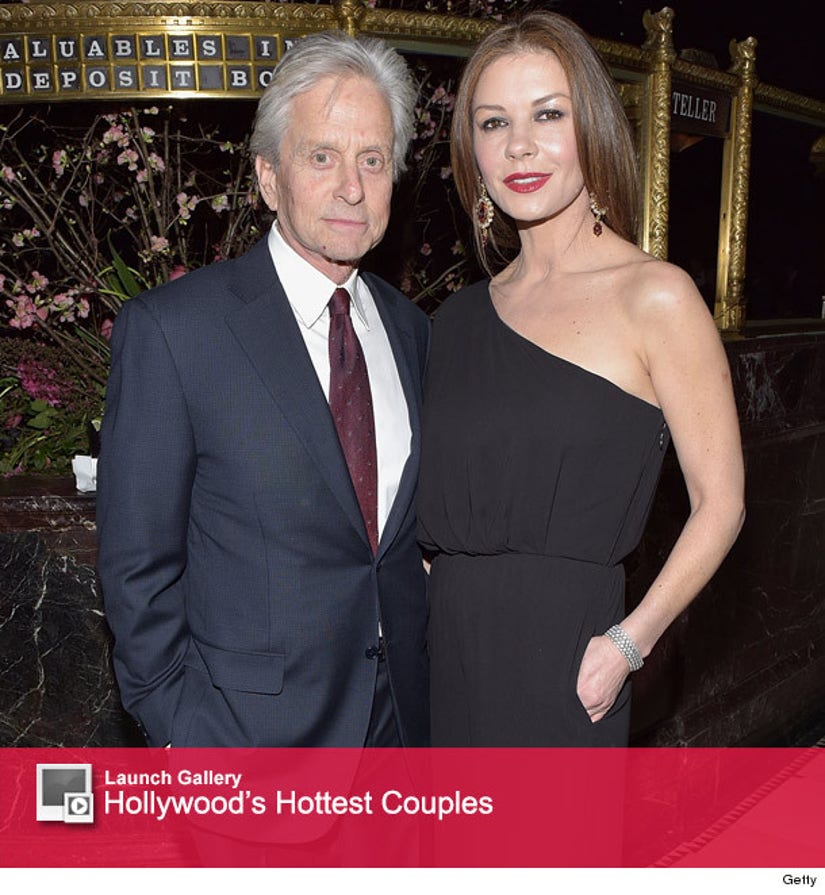 It sounds like Michael Douglas and Catherine Zeta-Jones are enjoying marital bliss!

The "Ant-Man" actor stops by Thursday's "The Ellen DeGeneres Show," where he opens up about his separation from the "Chicago" star.

The couple briefly separated in 2013, after each battled some health issues -- Catherine was seeking medical help for her bipolar disorder just months before the split and in 2010, Douglas was treated for cancer.

Nevertheless, it seems like both A-listers are happy and healthy these days ... even though it was a bit of a struggle to get to this place.

"It can't be a one-way street, but I'm crazy about her and yeah I think every couple has their difficult times," Douglas tells Ellen about overcoming their marital issues. "The only problem is, as you well know, we're all in the public eye and it tends to get a little more exposed than most. But we're back stronger than ever."

The cute couple will also celebrate their 15th wedding anniversary this November!

We're happy to see that Michael and Catherine are in a great place these days -- what do you think about the "Wall Street" star's candid comments? Tell toofab below and check out the gallery above to see even more of Hollywood's hottest couples!