It's that famous "Basic Instinct" scene ... with a twist.

Clad in a blonde wig, a cream skirt and heels, the host did his best Sharon Stone impression accompanied by Reggie Watts, as the three attempted to re-enact the iconic interrogation scene.

In the skit, Corden crosses and uncrosses his legs just like to Stone's Catherine Tramell character in the flick. And while the now-57-year-old actress exposed everything, James was pixelated, thankfully saving our eyes! 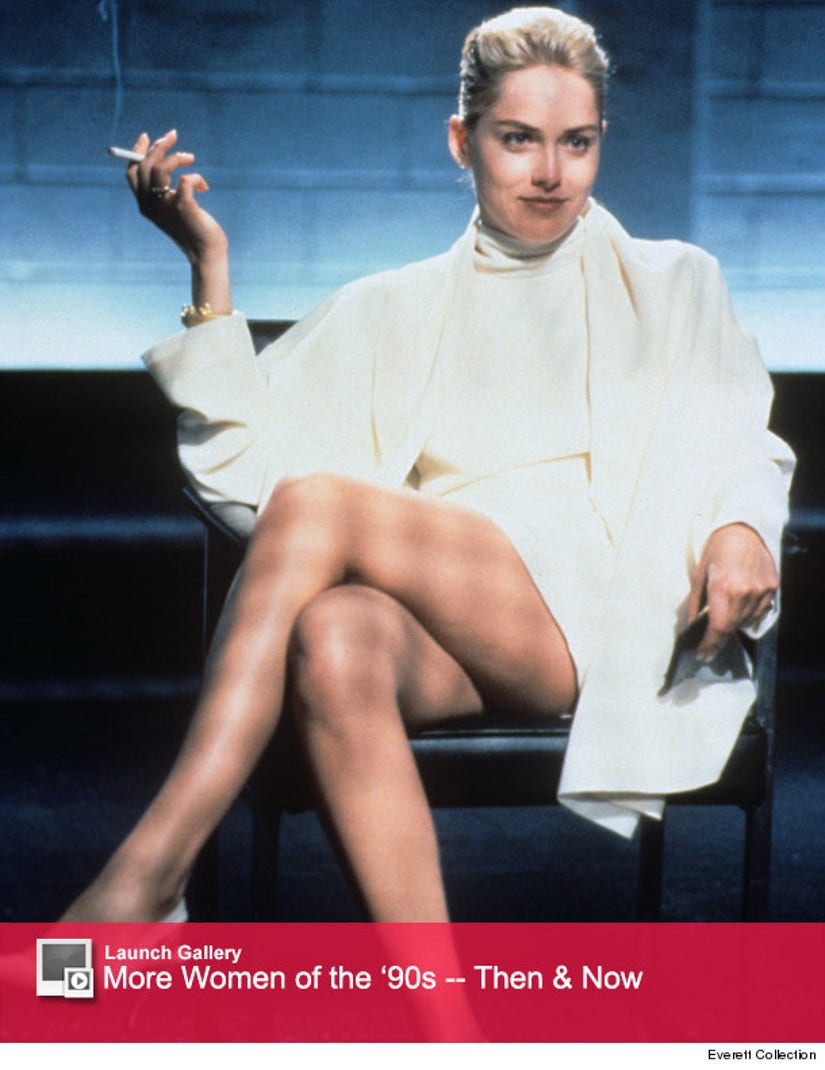 However, the "Wall Street" actor didn't seem quite as intrigued with Corden. In fact, the star could barely hide his disgust, getting physically sick at the host's cringe-worthy performance!

Watch the whole hilarious skit above!

This isn't the first time the late night host has recreated a memorable movie moment. On Tuesday, Corden parodied "Pretty In Pink" with guest Jon Cryer.

What did you think of the trio's funny performance? Tell toofab in the comments section below then click "Launch Gallery" to see more women of the 90's!