On the upcoming episode of "Keeping Up With The Kardashians", Kourtney Kardashian's other half arranges for momager Kris Jenner to host her own Las Vegas birthday bash -- but things quickly go awry when the 31-year-old seems to be up to his hard partying ways again!

When the 58-year-old first tells daughters Khloe and Kylie about her plans to host a Vegas shindig, the girls and friend Jonathan Cheban scoff at the idea and don't hold back with their opinions.

"Who wants to go with me to my birthday bash in Vegas?!" Kris asks. "Scott got me an appearance deal and I said 'I think it's a little age-inappropriate to have a birthday party in Vegas.'"

"It's kind of weird," Kylie remarked. 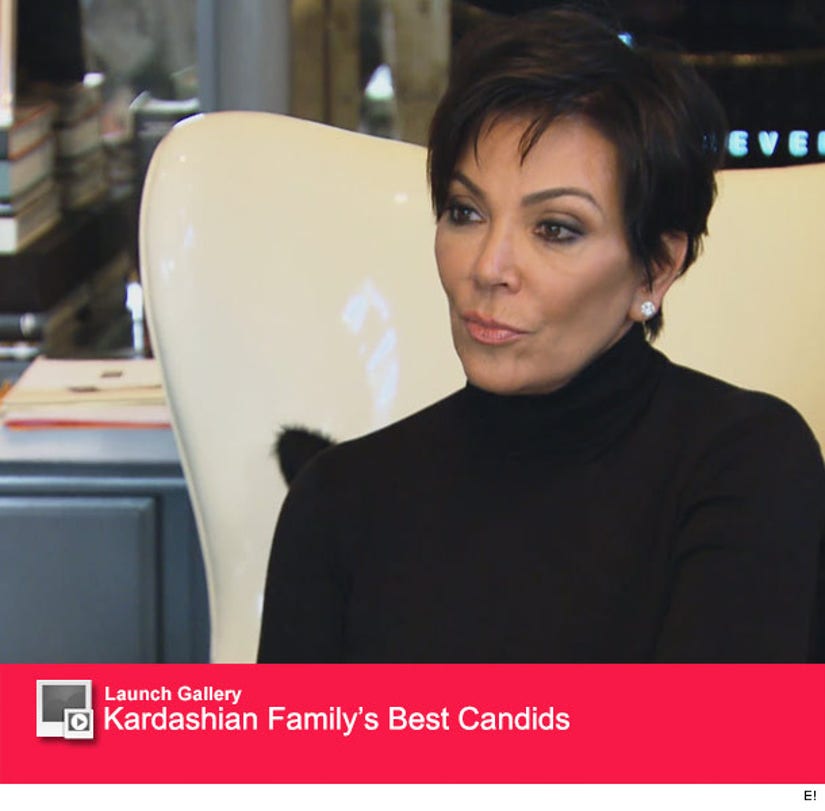 "Are you gonna wear a short dress? Cause that's what the kids wanna see," Jonathan joked. "You can't wear a pantsuit! Like do not wear one of your executive meeting suits. If you show up to the club like that you're gonna be the manager of the casino."

After the hilarious encounter with her kids, Kris considers backing out of the gig all together. Scott tells the matriarch it's too late and that they'll both look bad if they bail on the appearance.

"I know Kris knows better then to back out of a deal at the last minute. If she ever saw one of her daughters backing out of a deal she would lose their number forever," he vents during a confessional interview. "So the fact that she's gonna do this to me is absolutely ridiculous and then at the end of the day we both look bad, we both don't make money and we look like a bunch of flakes!"

But when it comes time to party, it's Scott who's MIA.

"Scott's the one who set this appearance up and I still haven't even seen him," Kris says in the clip above. "I'm getting a little bit nervous because I'm starting to get text messages from people telling me that Scott's out and about already drinking, we haven't even gotten started yet!"

Things come to a head at dinner, where Kris says he's "full-on drunk" ... and then calls him out for being an "a**hole."

This episode is giving us major deja-vu. Remember when Scott made a scene at Kim Kardashian's birthday bash back in 2009?! Hopefully this doesn't turn into another party trip from hell!

Check out the clip above to see how Kris reacts to Scott's "disappearance" and don't miss the latest episode of "KUWTK" on April 19 at 9pm on E!