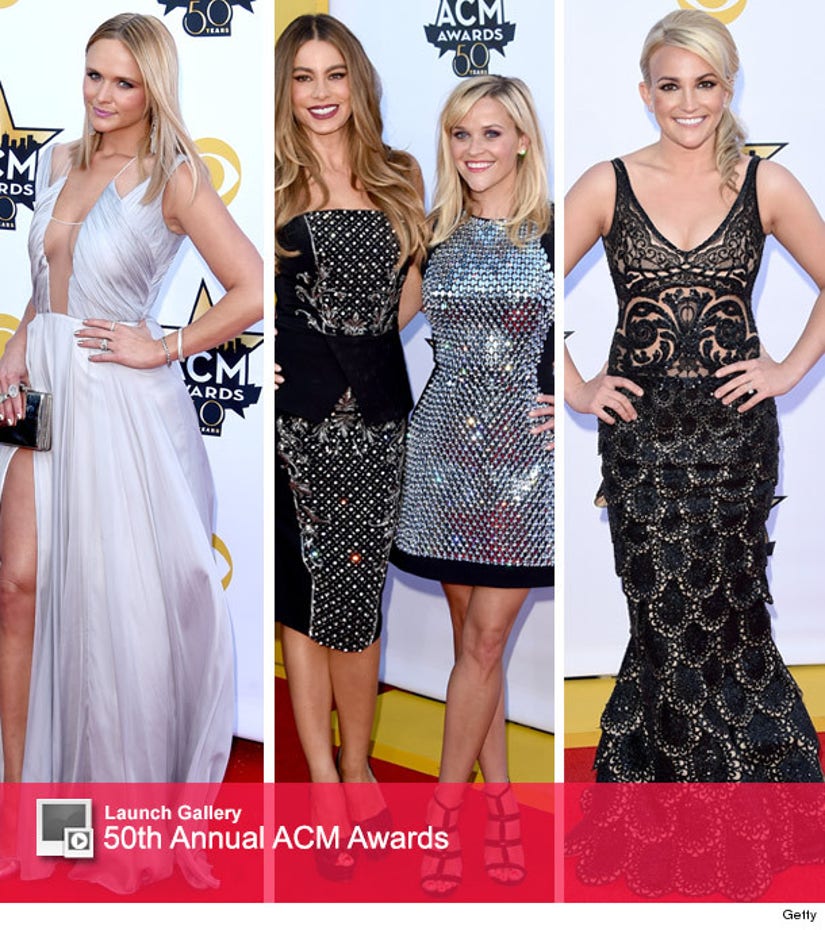 Sparkles, glitz and glamour ... that's the best way to describe the red carpet at the 50th Annual Academy of Country Music Awards!

Miranda Lambert stole the spotlight at the star-studded event, sporting a draped gray Bibhu Mohapatra gown with a very deep plunging neckline and sultry side slit. She completed her sexy ensemble with Kimberly Mcdonald jewels, sleek straight tresses and a pretty pink lip.

The Grammy-winning star took home four awards, including Album and Song of the Year ... but lost Entertainer of the Year to Luke Bryan.

The most surprising duo to shine on the red carpet was Reese Witherspoon and Sofia Vergara!

The "Hot Pursuit" costars and ACM Awards presenters both wore little black dresses with sparkling metallic details. Reese rocked a fit-and-flare mini by David Koma that was covered in mirrored crystals, while Sofia went with a fitted peplum midi dress with dazzling details.

Jamie Lynn Spears stepped out at the event with her hubby Jamie Watson. She showed off her killer curves in a black dress with an illusion bodice and a fishtail hem, pairing the show-stopping look with a side ponytail and a smokey eye makeup. 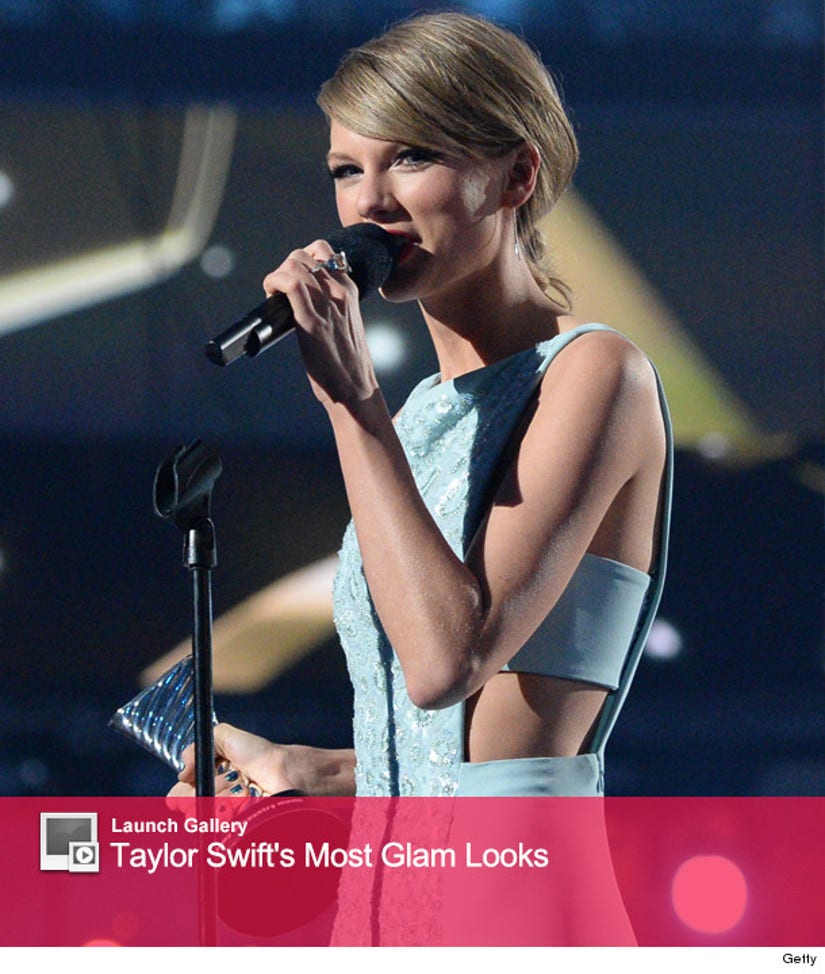 Taylor Swift skipped the red carpet, but she looked stunning (as usual!) in light blue Reem Acra gown with cut-outs that highlighted her super-slim silhouette. She paired the pastel look with Brian Atwood platform sandals and Luna Rossa diamond earrings.

Taylor's mom Andrea Swift presented her daughter with the Milestone Award with a heartwarming speech.

"I've watched this milestone artist from the time she was a tangled-hair little girl on our farm, full of imagination and creativity, until right now as she prepares for her next world tour," Andrea told the audience. "And ever since then, her favorite thing in the world to do is to write a song, tell a story, play guitar or piano, and I've seen those things carry her through every emotion, every experience in her life, good or bad."

"I am a very proud mom," she concluded. "I want to thank the entire music community for taking such good care of her. And to the fans: I know you love her as I love her. And for that, I thank you eternally."

Which AMC country cutie do you think ruled the red carpet last night? Tell toofab in the comment section below, and check out all the stars at the show in the gallery above, including Christina Aguilera, Kellie Pickler and many more!