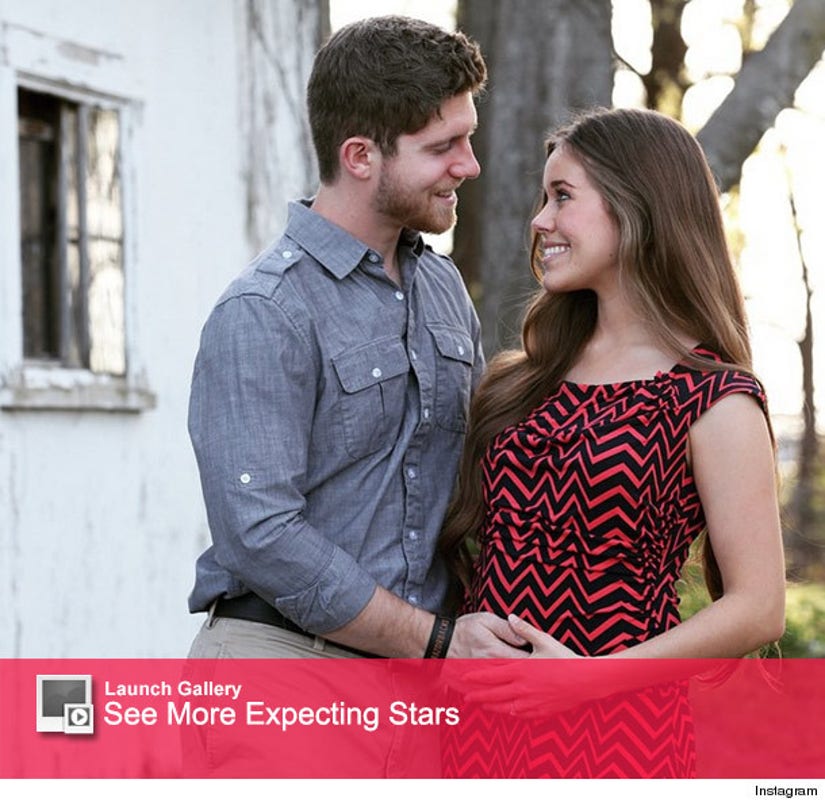 Jessa Duggar and new husband Ben Seewald are already expecting their first child together – and the little one is due right around their first wedding anniversary.

"We are so excited. The due date is November first, our wedding anniversary," Jessa tells People. "We are looking forward to being parents," adds Ben.

22-year-old Duggar and 19-year-old Seewald tied the knot back in November 2014 in Bentonville Arkansas.

Jessa revealed to that she took a pregnancy test on a Sunday morning before church, saw it was positive and immediately showed the results to her beau.

"I said, 'Hey Ben, guess what? Yeah, you're a dad,'" she tells the mag. They haven't revealed the baby's gender or name just yet.

Ben and Jessa have been open about their plans to adopt in the past and are still hoping to in the future. "Our hearts haven't changed on adoption. We're still making plans," the mother-to-be shared.

Congrats to the Seewalds' on their growing family.

What do you think of Jessa's baby news? Tell toofab in the comments section below then click “Launch Gallery” for more expecting celebs!