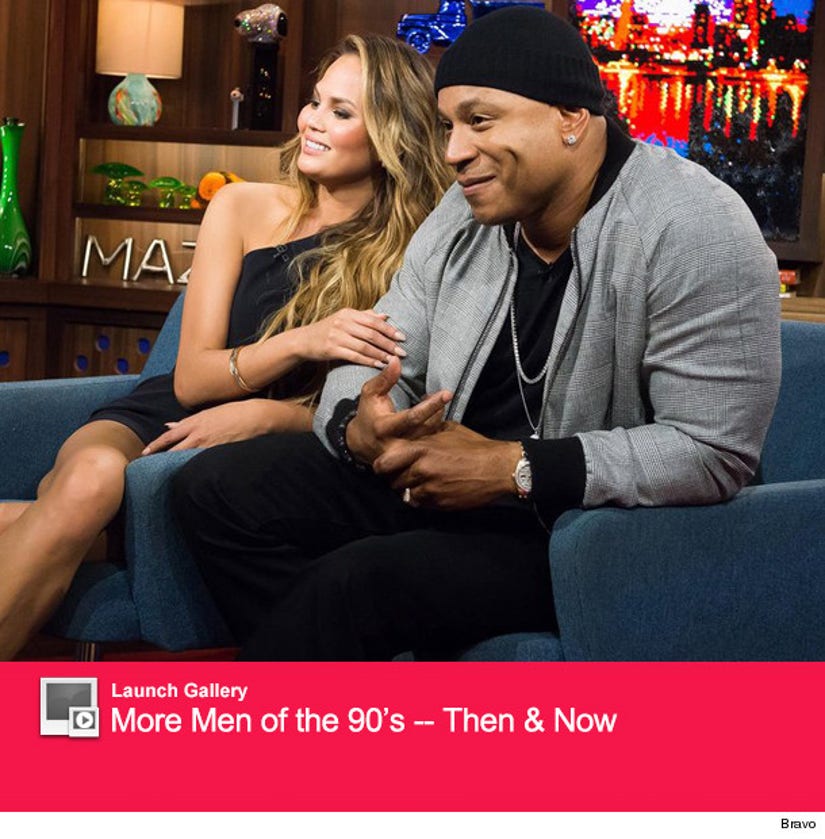 The "Lip Sync Battle" star joined his co-host Chrissy Teigen on "What What Happens Live" on Monday, where Andy Cohen put him in the hot seat ... twice.

During his "Plead the Fifth" segment, the actor refused to reveal his pick for the most overrated rapper from the '80s and '90s. So, when he was asked to play "Marry, Shag, Kill" with Da Brat, Eve and Lil' Kim, he was forced to answer the tough question!

"I probably would have to shag Da Brat, bring her back to the party," he declared. "I would marry Eve and go on and put the knife to Lil' Kim."

"If you've ever seen one of LL Cool J's videos, then perhaps you've seen his signature move when he licks his lips," Cohen said. "It makes all of us who are watching feel like a bunch of sexy, delicious pork chops."

Andy then asked the 47-year-old hunk to "Teach Me Your Talent," where he proceeded to give a slow-motion play-by-play of his lip-smacking technique.

You have to see it to believe it!