It's a dating duel!

We're getting our first look at the new season of "The Bachelorette," which will feature TWO ladies, Kaitlyn Bristowe and Britt Nilsson, on their reality TV quest for love.

Check out the drama-fueled clip above!

During Season 19's "After The Rose" special, we learned that there would be a major twist on "The Bachelorette" this time around ... as two of Chris Soules' finalists were named for "The Bachelor" spinoff.

And judging from the new clip, it definitely looks like there will be some major drama as Kaitlyn and Britt's fates are placed in the hands of their 25 male suitors, who will ultimately have the final say over who they'll be competing for. 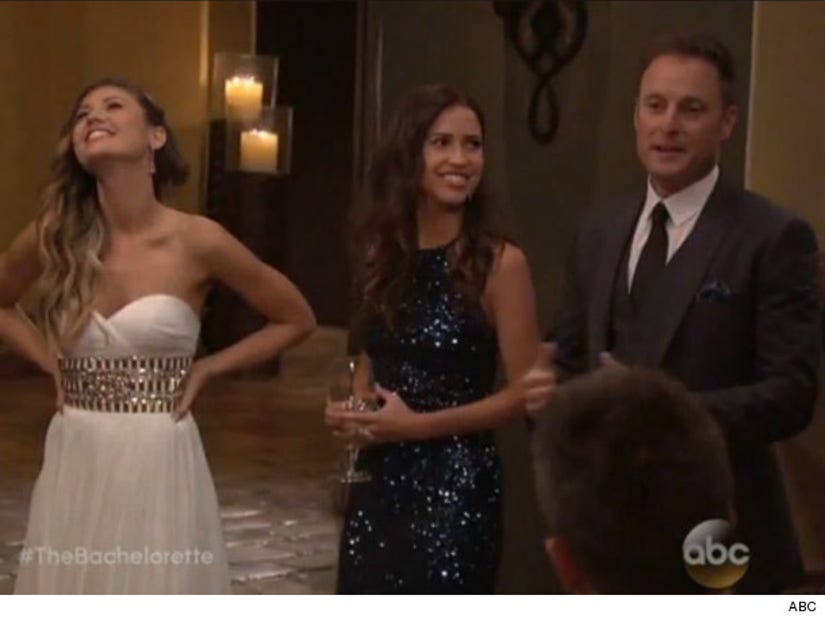 The teaser pokes fun at "Fifty Shades of Grey," opening with some slowed-down music and the tagline "50 Shades of Cray," as we see a few of the eccentric lengths these guys go to for the ladies.

"There are two Bachelorettes, that's about to change. There's going to be a vote," host Chris Harrison says in the video.

It definitely looks like Bristowe's taking the competition the hardest -- who do you think should be the new "Bachelorette" format? Tell toofab in the comment section below!

The new season kicks off Monday, May 18 on ABC!