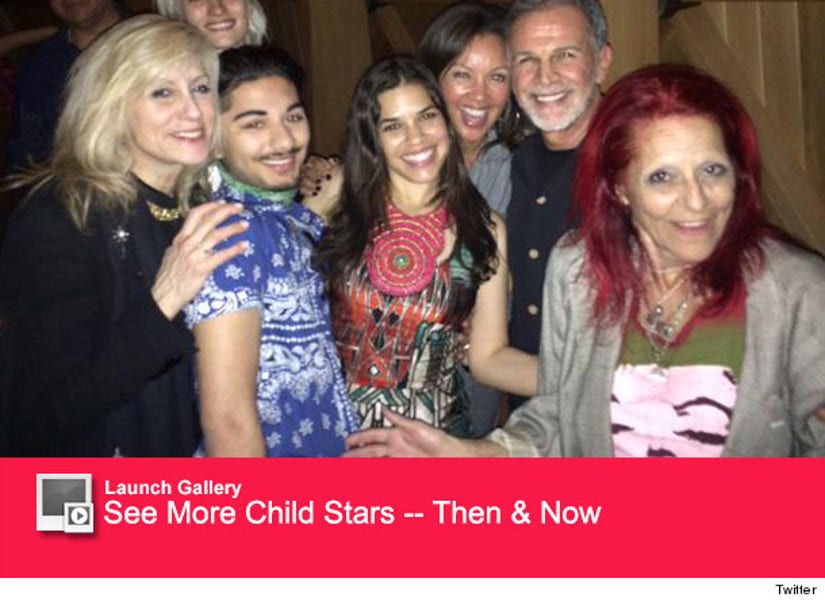 It's an "Ugly Betty" reunion!

The cast of the hit ABC show -- which followed plain Jane Betty Suarez and her crazy coworkers at Mode magazine -- all reunited on Saturday night to celebrate one of their own.

The group not only celebrated the fifth anniversary of the show's series finale, but also star America Ferrera's 31st birthday!

Vanessa Williams, who played big diva Wilhelmina Slater during the series' run from 2006-2010, posted a photo on Twitter of several cast members looking thrilled to be together again.

Indelicato played America's fashion-crazed kid nephew on the show -- and we can't get over how grown-up the now 20-year-old is!

He gave some extra love to the "Sisterhood of the Traveling Pants" actress on his Twitter page, posting a cute photo of the two with the caption "My [heart emoji] and soul."

How great is it to see the cast together again?! Sound off below then click "Launch Gallery" for more child stars then and now!