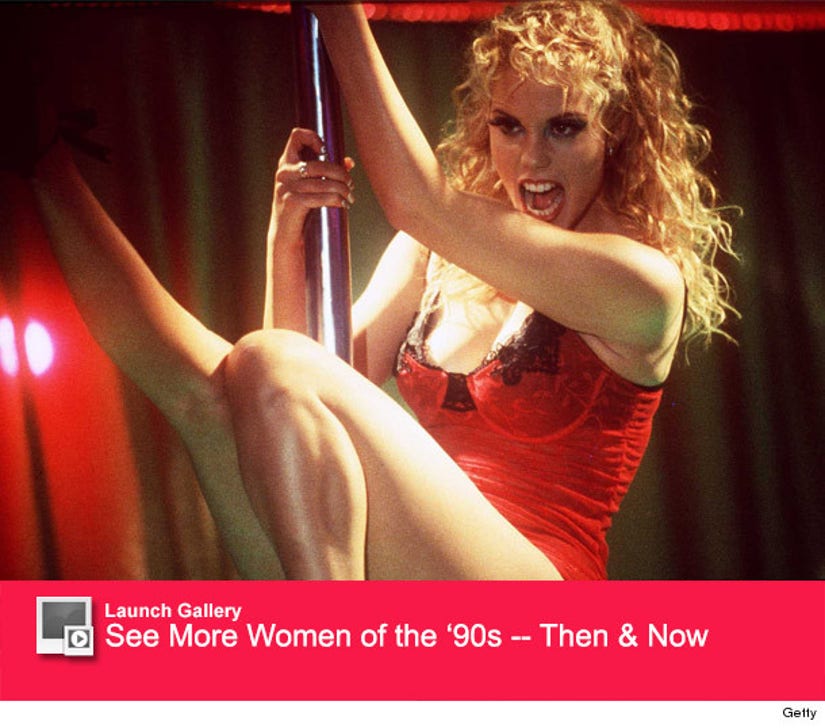 The 1995 flick "Showgirls" is known for many things ... but authenticity isn't one of them.

Starring Elizabeth Berkley as Nomi Malone, a prostitute-turned-stripper-turned-Vegas superstar, the flick chronicled the dancer's rise and fall in Sin City -- with awkward lap-dances, violent pool sex and ridiculous dialogue along the way.

It quickly became a cult classic for its absurdity, but in a reflective Instagram post on Tuesday, the former "Saved By the Bell" star opened up about the one rare moment of real emotion in the film.

"This was a rare moment during the filming of #showgirls where the director let the camera run and captured my authentic longing for my own dream to be a performer... In turn he captured #nomi's longing, while watching the star of the show, Crystal," she captioned a shot of her character watching Gina Gershon's "Goddess" performance.

"I like this moment because it was a tiny moment in a scene where I wasn't being pupeteered to mimic exact direction that was ultimately extreme and cartoon-ish," she added. "Tho I do love, and am grateful you guys love the #camp of it all!! #cultfilm #camp #comedy #film #movies #showgirls"

It'll be 20 years since the film's release this September -- can you believe it's been that long?!

Since starring in the flop-turned-fan favorite, Berkley's gone on to become a voice for young women everywhere, thanks to her Ask Elizabeth website, books and workshops. She also appeared on "Dancing with the Stars," got married and has a son with husband Greg Lauren.

Check out the gallery above to see more Women of the '90s now!