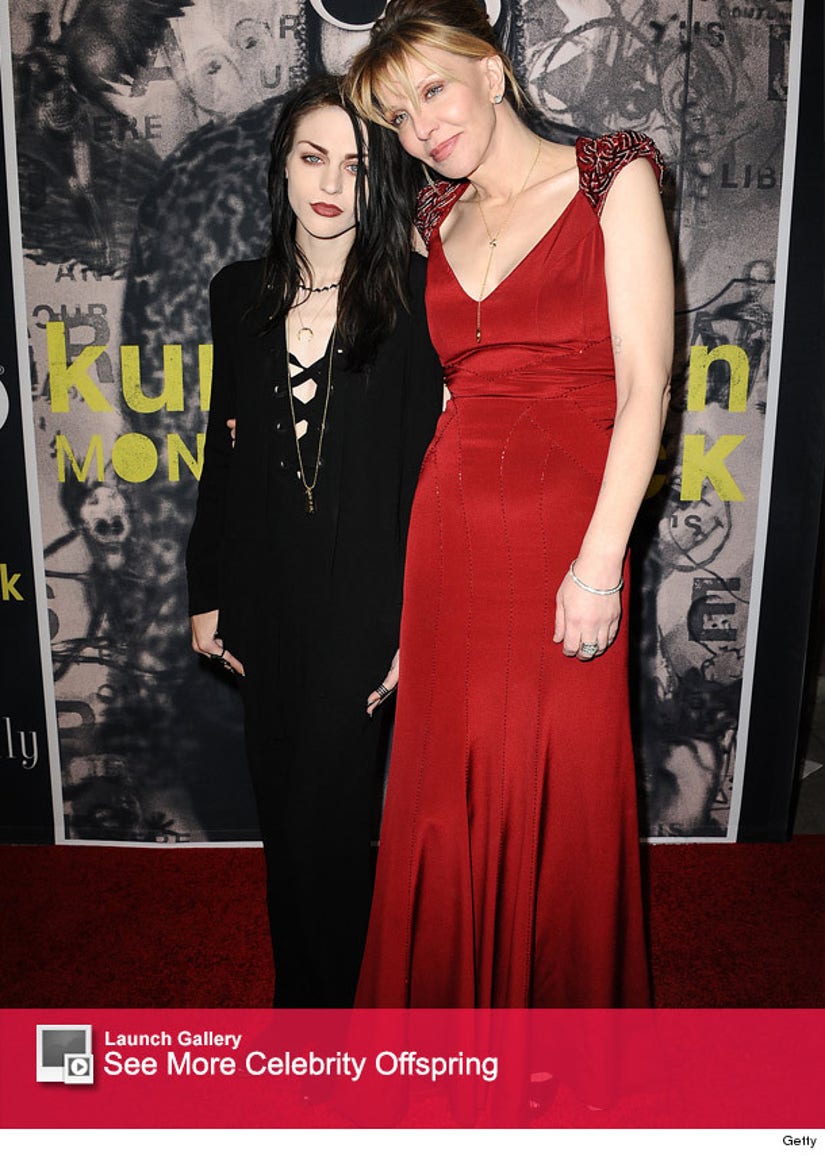 Frances Bean Cobain made an rare red carpet appearance with her mother, Courtney Love, on Tuesday night at the Los Angeles premiere of HBO's documentary, "Kurt Cobain: Montage of Heck."

Sporting a plunging black jumpsuit, the 22-year-old daughter of the two musicians looked pretty rockstar herself as she posed for pictures with her famous mama. Courtney added a pop of color to the red carpet in a red gown with embellished shoulder details.

Apparently some outlets expressed concern over her appearance -- but Bean took to Twitter this morning to shut down the talk.

The mother-daughter duo has been busy promoting the movie, first stepping out together to support the project at the Sundance Film Festival. The pair has had their share of ups and downs, but it appears everything's all good between them right now.

Over the weekend, Love opened up about her relationship with the late rocker during a Q&A session after the New York premiere of the film. The first time she saw the documentary was during a private screening with her daughter and filmmaker Brett Morgen.

"It was beautiful, because I got to spend a little more time with Kurt and Frances, and ... stuff," Love said.

And unlike the 1998 unauthorized documentary, "Kurt & Courtney," the "Empire" star is fully behind this new project, which she said is "as close to the truth as anybody's ever going to get.

"I think Brett spent a lot of time with Kurt's spirit, and I think his spirit definitely comes out, which is why I keep coming back for more punishment," she explained. "I get to see this beautiful man I was married to 21 years ago, and it's really sad and brings up different emotions."

"We were best friends," Love said. At that age, it was "that punch-drunk love thing, where you've met your soul mate and you're 25 and you're just talking and fighting. There's other kinds of love, and more mature kinds of love, but no. It was like a soul mate-y thing."

"Kurt Cobain: Montage of Heck" is showing in select theaters Friday and on HBO May 4. Are you excited to see it? Sound off below!