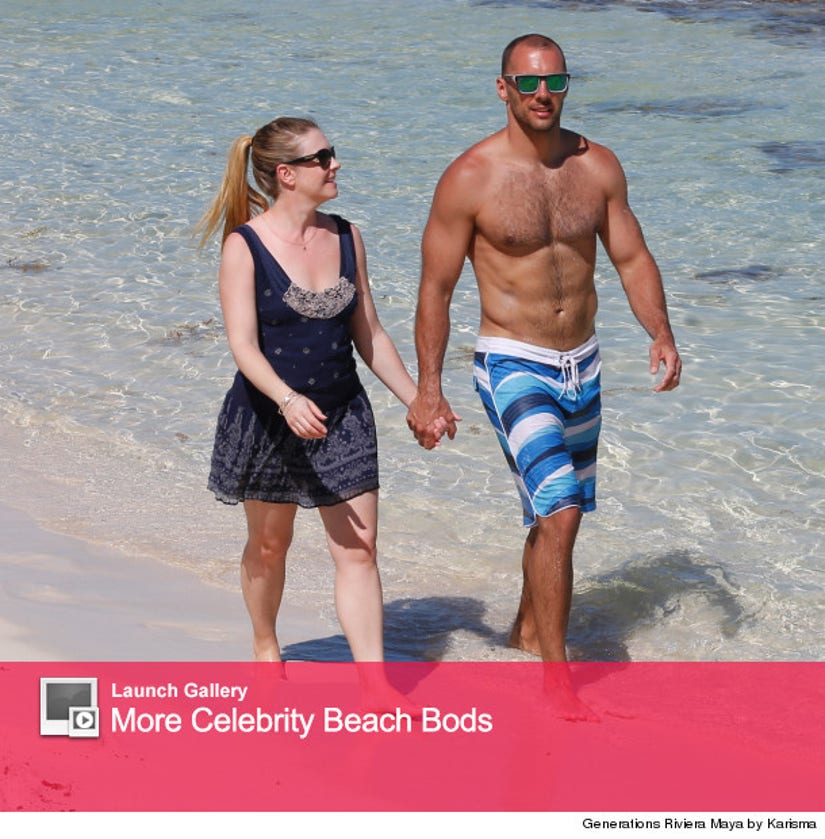 We've seen Melissa Joan Hart's incredible bikini bod, but we didn't know what her husband, Mark Wilkerson, was hiding under his shirt!

The Course of Nature singer/guitarist put his buff bod on display as he celebrated his wife's 39th birthday at Generations Riviera Maya by Karisma in Mexico.

The couple spent quality time with their adorable sons Mason, 8, Braydon, 6, and Tucker, 2, as they were snapped strolling on the sand and playing in the water. 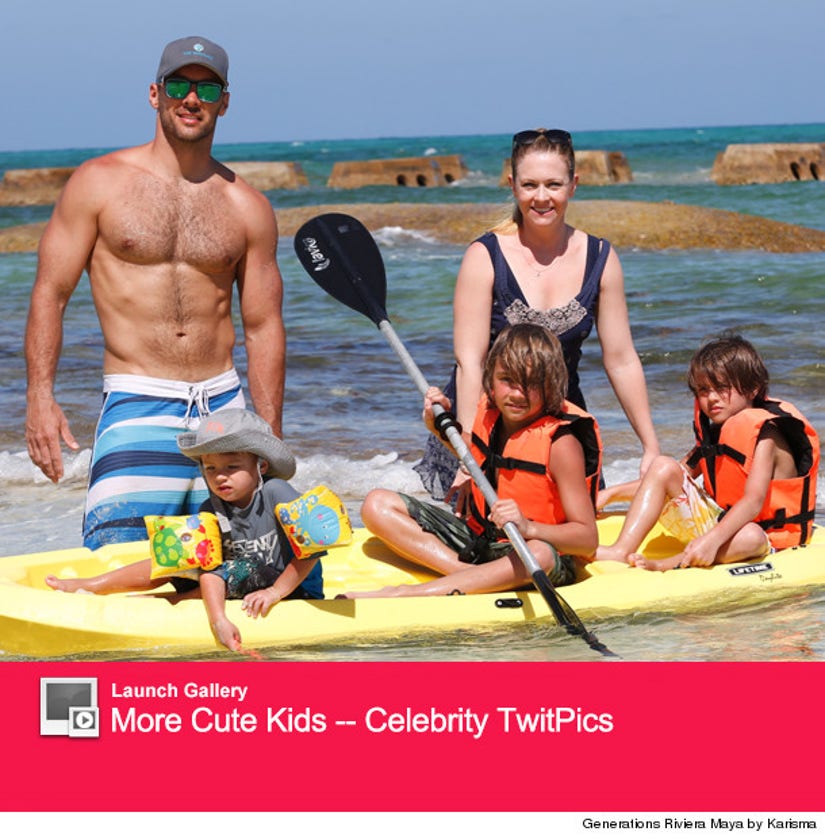 The "Melissa & Joey" star lost a total of 40-pounds over two years with Nutrisystem, and she actually credits her hot hubby for helping her keep it off.

"Since he's such an avid workout guy, I wanted to have him train me to see how my body could shift and change," the actress recently told People.

"This is a good way to join together and spend time – just the two of us – away from the kids," Wilkerson said. "With kids and work it can be very challenging. But if you can commit to just two hours a week to exercise together, it'll work." 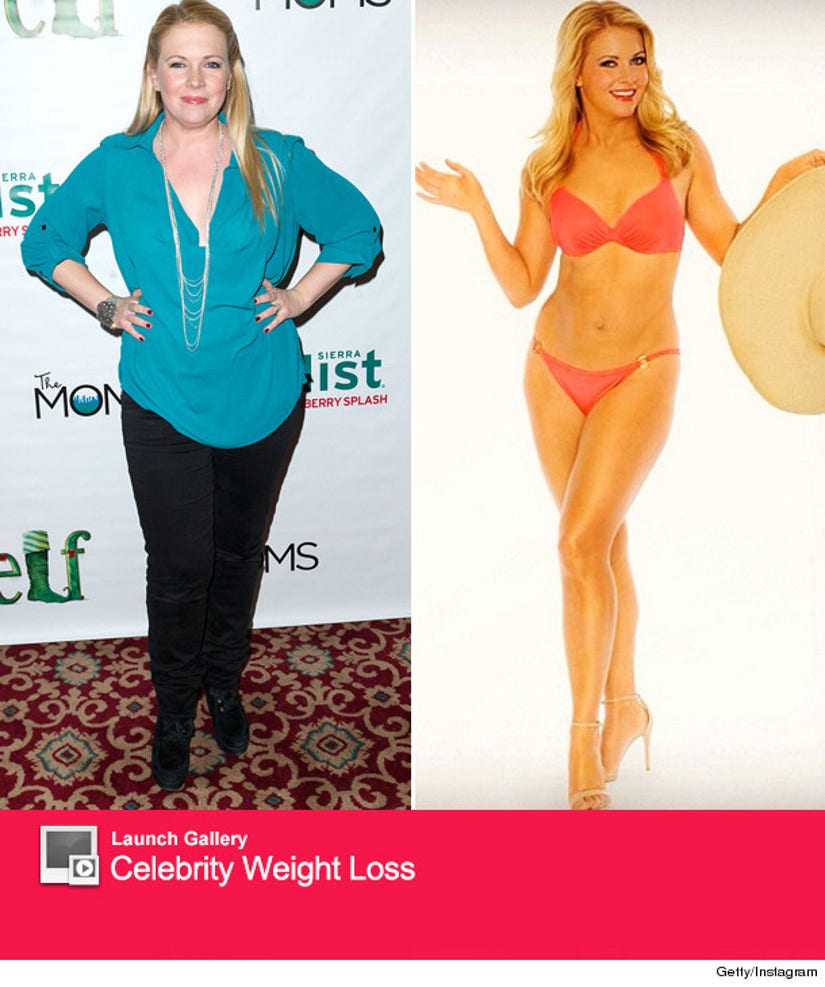 As much as the former child star enjoys hitting the gym with her man, she admitted that exercise is only 20 percent of maintaining her weight loss.

"You can't out-train bad nutrition. I love that saying," she declared. "Eighty percent of it is nutrition."

This plan is certainly working for both of them!