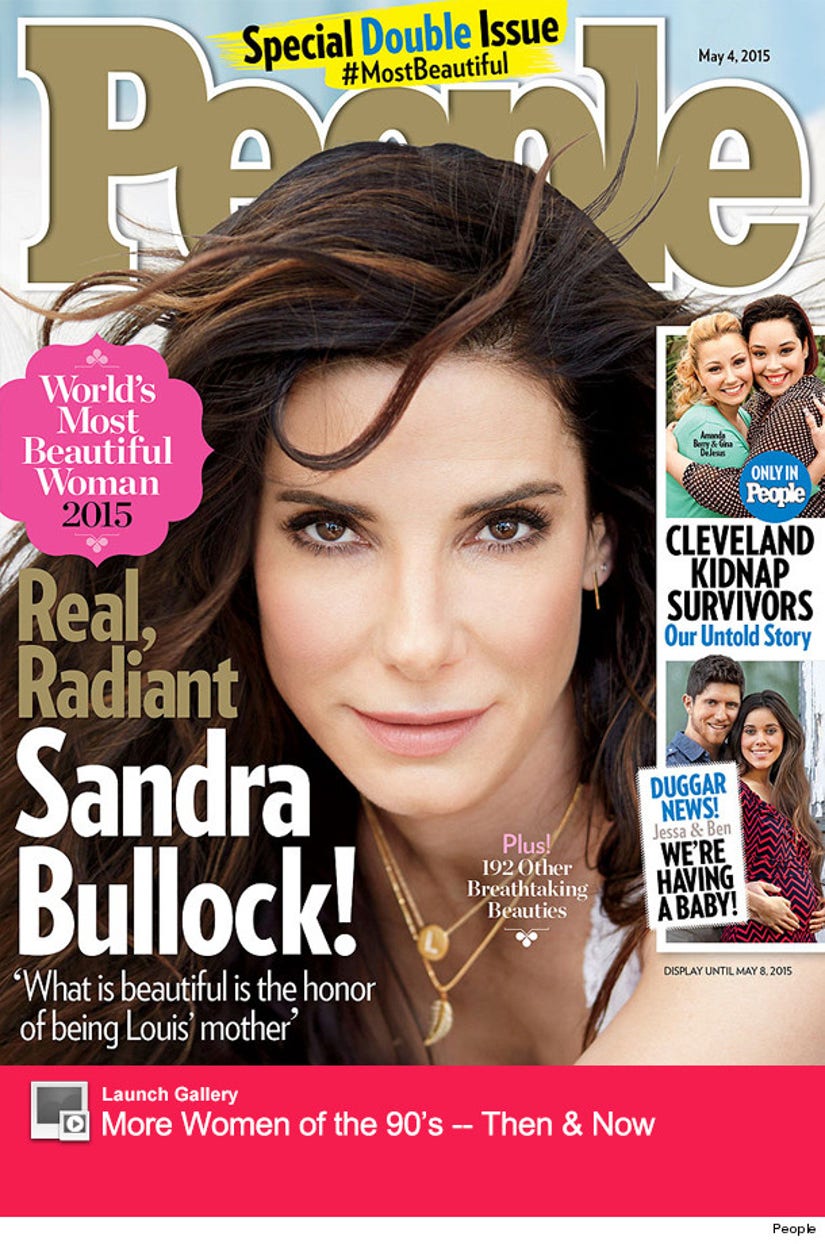 The 50-year-old star was named People's "Most Beautiful Woman" of 2015, beating out other Hollywood beauties including Ariana Grande, Gigi Hadid, Vanessa Hudgens, Shay Mitchell and more.

The actress tells the mag she laughed when she heard about the honor. "No, really. I just said, 'That's ridiculous,' " she explains. "I've told no one."

Despite brunette bombshell's glamorous new title, she reveals that her life revolves around her 5-year-old son, Louis.

As a mom, Bullock admits she is wrapped around her son's finger, "but I will never let him know it. We have rules," she declares. "I let everyone else be the aunties and uncles who spoil him and I'm the one that lays down the law."

The best part? Louis still doesn't know what his mom does for a living. "He thought I was an astronaut for a while," she says. "I want it to be so inconsequential and such a nonissue. I want him to be embarrassed by me like all other parents."

The "Gravity" star looks better than ever, crediting a healthy diet and working out with Body By Simone four to five times a week for helping her stay in shape.

"I love that it's not big weights, you move the entire time, it's a torture chamber of sorts," she explains. "When I started, I could barely do 20 seconds, and I'm not kidding. I'm crying on the floor, and she's like, 'Are you a smoker?' I was like, 'I hate you.'"

To read Sandra's full interview, pick up this week's issue of People, on stands Friday.