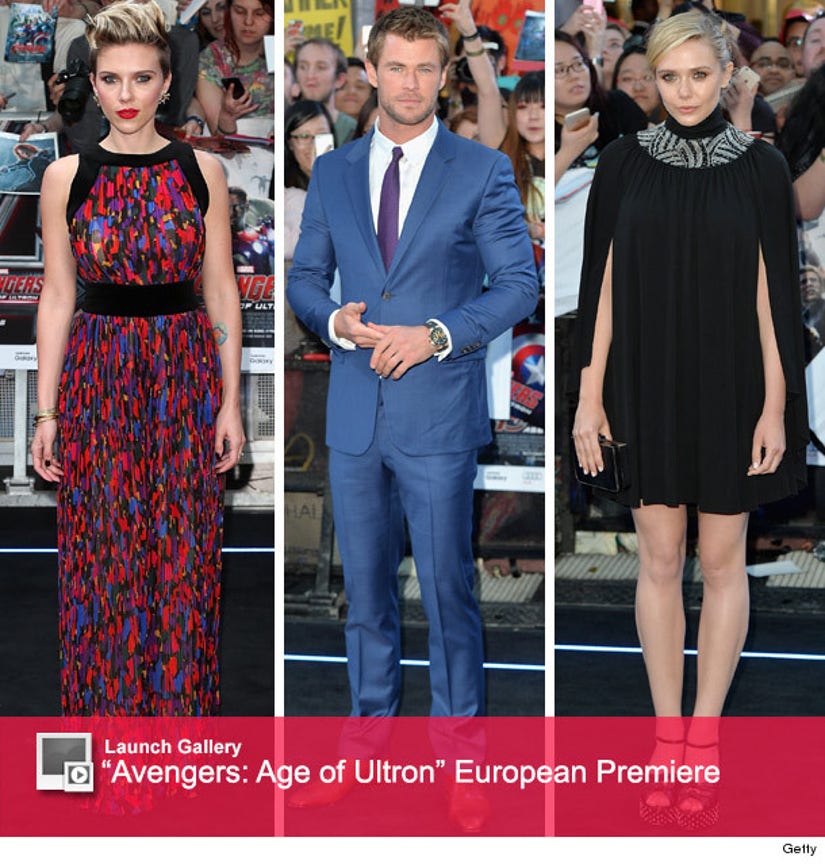 Scarlett Johansson is giving us a lesson in fierce fashion!

The actress added some pizazz to the red carpet at the London premiere of "Avengers: Age of Ultron" on Tuesday night.

Sporting a bright printed Balmain wide leg jumpsuit with black paneling along the top and her waist, the blonde bombshell put her enviable bod on display as she posed for pictures at the star-studded event.

She added tousled waves to her buzzed short 'do, completing her ultra feminine look with a killer red lip and sultry eye makeup.

The new mom is reprising her role of Black Widow in the highly-anticipated flick, which she filmed while she was pregnant with her daughter, Rose. 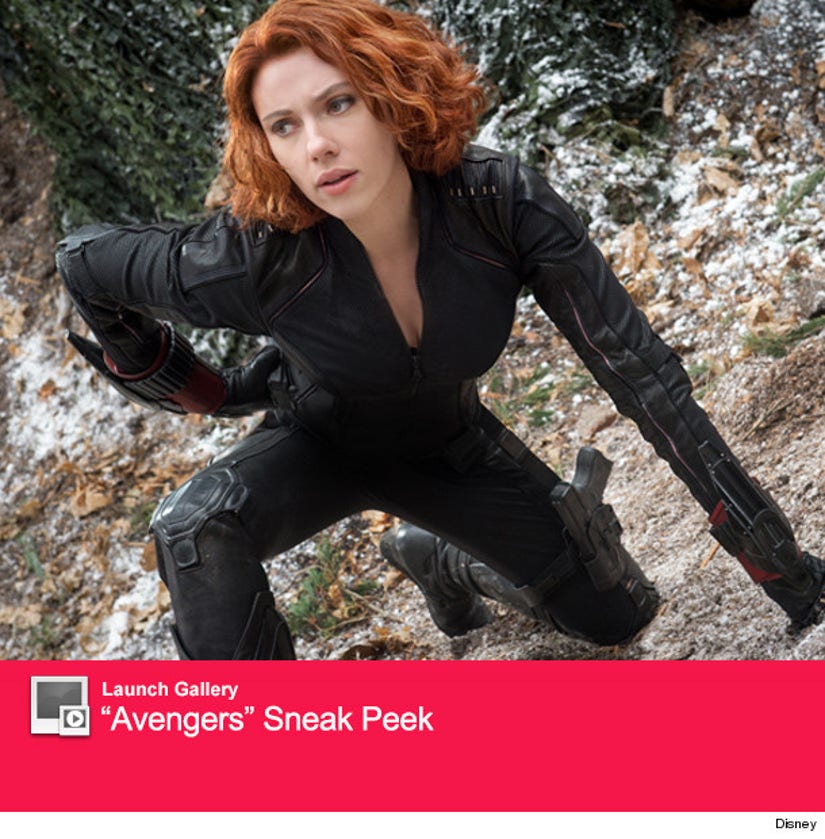 "I don't think you're allowed to ride a motorcycle when you're so pregnant, but I did," she recently said at a Los Angeles press event. "I did all of the motorcycle riding. I embarrassingly rode some sort of mechanical-bull type of motorcycle, which goes nowhere and doesn't look cool, at all. But, I had some very professional and amazing motor-cross morphing done that makes Black Widow look like a total badass."

"Every film is exciting because I get new tools and fun new stuff to do, and luckily Joss writes me some badass moves that make me look like that," she continued. "It"s awesome."

We can't wait to see Scarlett and the rest of her costars back on the big screen. But for now, check out the gallery about to see how these stars brought their superhero good looks to the premiere.