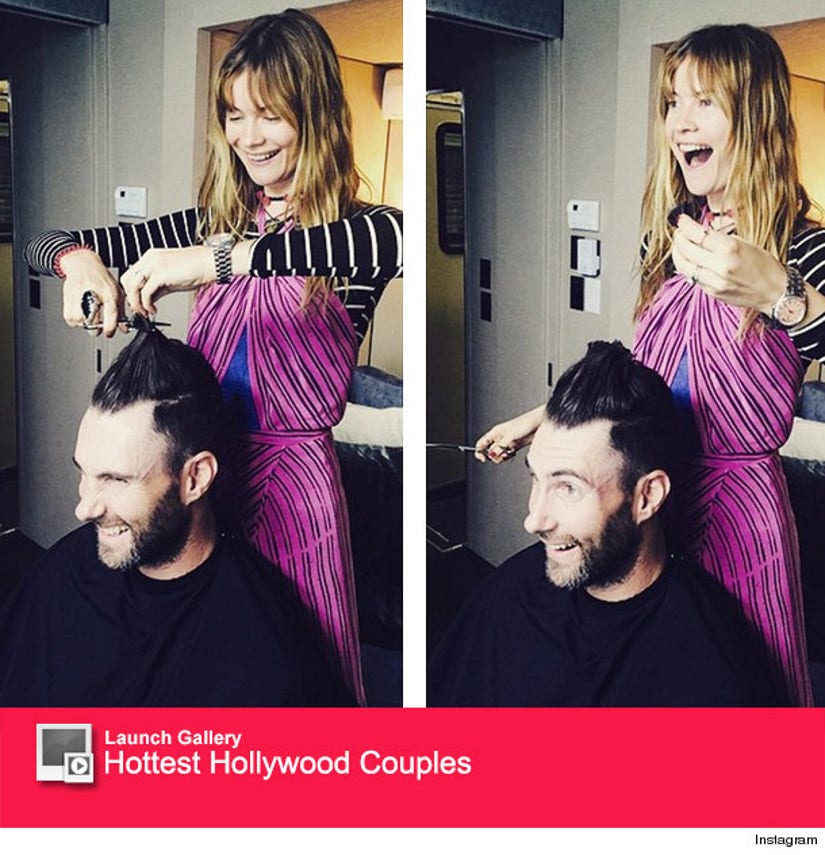 Time for a new look!

Not only is Behati Prinsloo a stunning model, but apparently she's also a hairstylist.

Mrs. Adam Levine showed off her hair cutting skills on her musician hubby, taking to Instagram on Tuesday to reveal a behind-the-scenes look from the barber's chair

"Give me them scissors! ✂️ PS-WHAT AM I WEARING????," she captioned the shocking photo.

In the pic, the Maroon 5 frontman wears a smock while the Victoria's Secret model hacks off a chunk of his hair. Both seemed to be pretty amused by the stunt -- although Adam looks a tad bit nervous to see the final result. 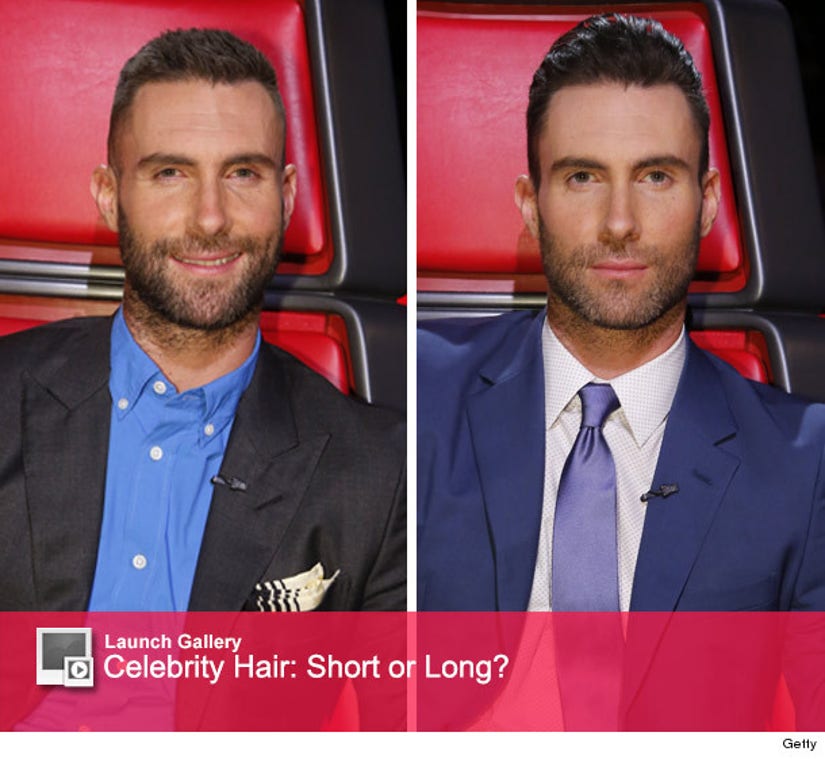 The 36-year-old revealed his wife's handy work on "The Voice" Monday night and the haircut is definitely...different!

Gone is Adam's smooth coiffe, and now a choppy short style sits in it's place. It's nice the "Maps" singer trusts his wife so much, but we wouldn't call this one of our favorite looks.

We weren't the only one's who weren't loving his new 'do. The singing competition show's Twitter handle even voiced it's opinion on the judge's hairstyle.

Well at least it will grow back!

What do you think of Adam's new 'do? Sound off below then click "Launch Gallery" to see more star's who've gone from long to short!