Sia has added even more star power to her latest music video.

On the heels of her controversial "Elastic Heart" clip with Shia Labeouf and Maddie Ziegler, the singer has recruited Heidi Klum and "Game of Thrones" hottie Pedro Pascal for her latest single, "Fire Meet Gasoline."

In the oh-so-sexy video, the sexy supermodel gets extra cozy with the shirtless actor, as she rolls around in nothing but lingerie (from her Heidi Klum Intimates line, of course!).

Klum then sets the house ablaze, while throwing on one of Sia's trademark short blonde wigs. 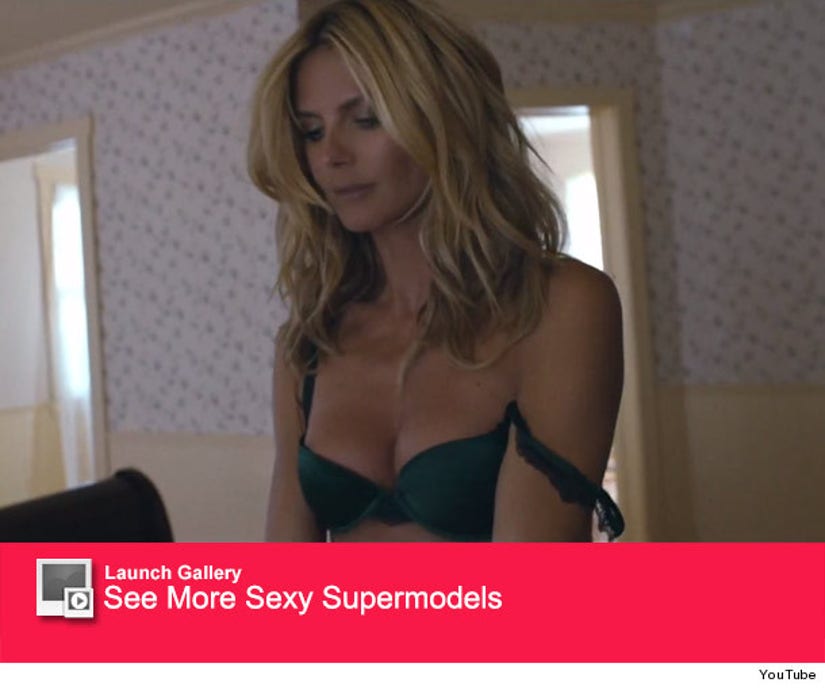 "Sia is one of those incredible artists who puts so much passion into her work, and I am thrilled to be part of a music video," Klum said in a statement.

"I remember being blown away the first time I heard her voice on 'Breathe Me.' And I love many songs she has written for other artists," she added. "I love great collaborations and to be given the opportunity to appear in the video while wearing my Heidi Klum Intimates collection, is definitely up there. [Director] Francesco [Carrozzini], Pedro and I had a blast shooting. You don't know exactly what's happening – but we're definitely up to something!"

Check out the steamy clip above -- we wonder who will be the next star to pop up in Sia's music video. Any predictions? Sound off below.