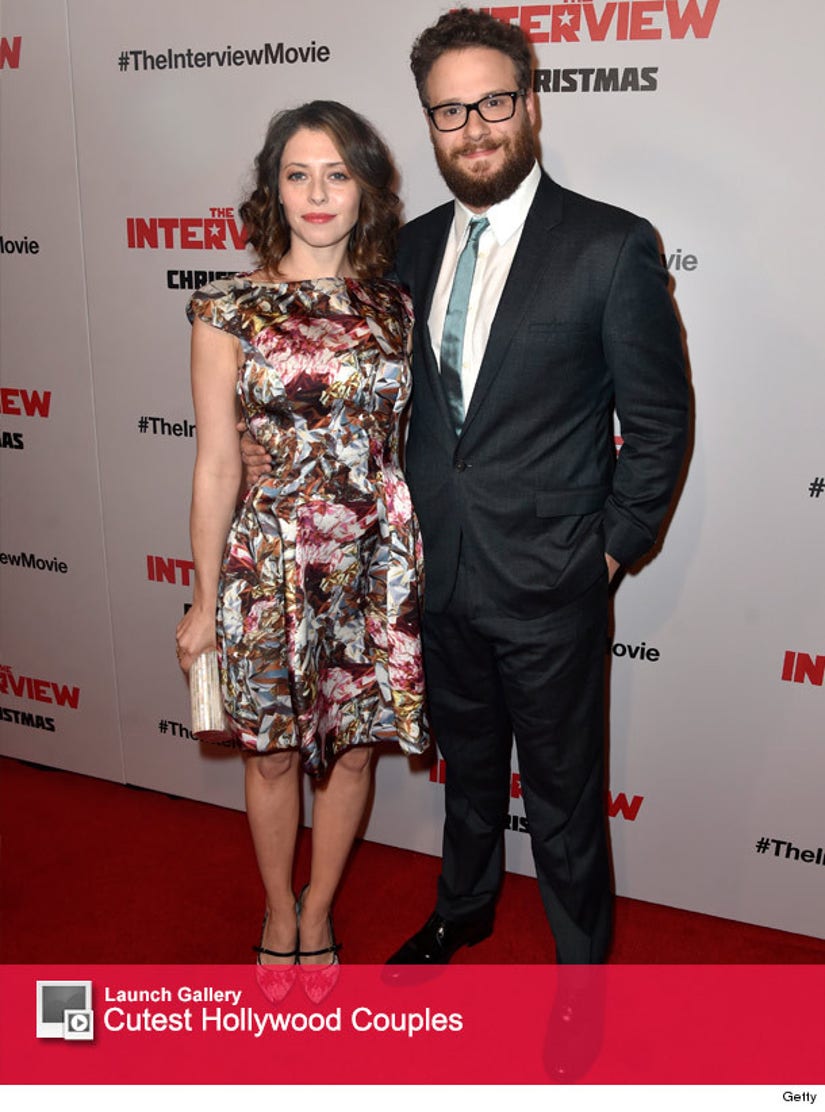 Seth Rogen's spilling some exciting new shirtless details about one of his hottest costars.

The actor and his wife Lauren Miller chatted with toofab's Brittany Kyles on Thursday morning, where Rogen opened up about the top-secret "Neighbors" sequel, his recent "Freaks and Geeks" reunion, and Hilarity for Charity, a charity they founded which raises awareness for early onset Alzheimer's disease.

While the comedian couldn't spill too much info about his upcoming projects, Seth did say that there are going to be some new faces and more skin from Zac Efron (yes!) in the highly-anticipated "Neighbors" sequel.

Check out the full interview below!

toofab: There's been some buzz that you've had meetings about "Neighbors 2" – can you gives us any new details about the project?

Seth: [Laughs] Uh, I wish I could, but I can't. In the coming months, I'm sure things will be happening. It does involve college though. Which is dramatically on-point.

toofab: Is there anyone you're dying to add to the cast?

Seth: Umm, yeah maybe, I mean a few people ... again, I think we are adding some people. So I don't want to say who or what. I am exercising secrecy in my life and career [Laughs].

Lauren: As long as Zac Efron's there with his shirt off, it's fine.

Seth: Me and Zac will both have our shirts off.

Lauren: That's what I'm talking about when I say it's great. 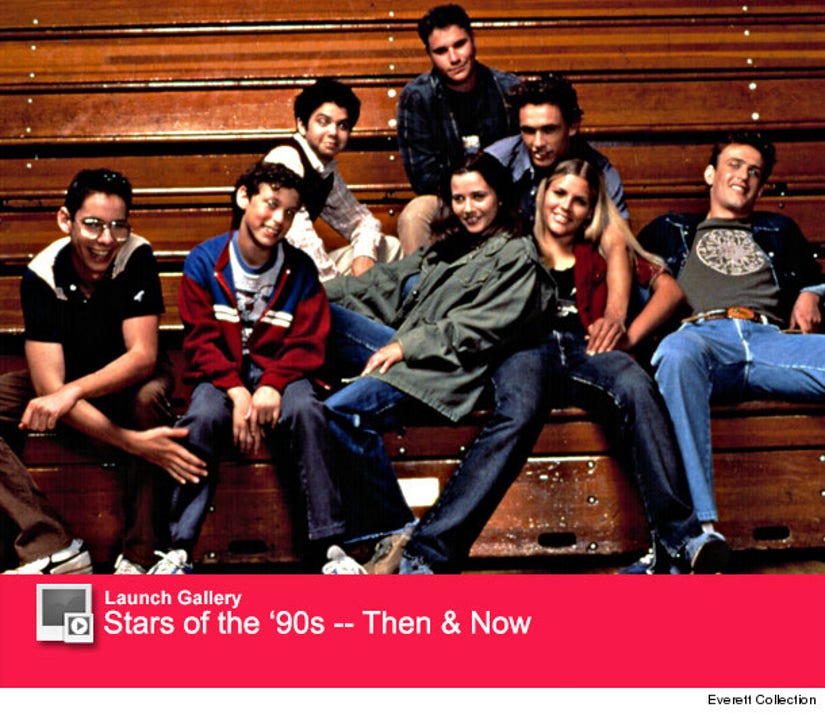 toofab: You just had a "Freaks and Geeks" reunion – what was it like seeing everyone again?

Seth: I see everyone pretty regularly, honestly, I don't think there had been any of us that I hadn't seen in like a really long time. But it's always nice to get together. We all still marvel at how bizarre it is that all these years later there are still events that are being thrown, that want us to all be there. I mean when we were doing the show, like [no one thought] it would become anything other than a show, that was really good, that was getting canceled. It's not lost on us at all. We all like to do it and we all show up if we can. It's not like anyone's ashamed of it. We all get along and we all like each other. It's a lot like a high school reunion, in a lot of ways I think.

toofab: Switching gears to your work with Hilarity for Charity – why was it important to you to raise awareness for Alzheimer's?

Lauren: My mother, your mother-in-law [Laughs].

Seth: My mother-in-law was diagnosed with early onset Alzheimer's [Laughs], and how old was she again?

Lauren: She was 55 when she was diagnosed and my grandfather also had it. We sort of started out with finding a way for me to feel good about the situation that was really difficult and affecting me so greatly. 500,000 people have early onset Alzheimer's, and there are a lot of young people whose parents have been diagnosed, even when the disease is thought to only affect older people. Which is not true at all. So Hilarity for Charity sort of became that organization focused on reaching young people and giving them a voice in a disease they didn't really have a huge voice in before.

toofab: Hilarity for Charity now has a college program – why was it important to really target that younger generation?

Seth: I mean, I think we knew from the beginning that Hilarity for Charity was not going to be the type of organization to raise like billions of dollars [Laughs] or enough to actually provide the funds to cure Alzheimer's, at its current and probably long-running form ... but something we did want to do was reach young people and their attention. Lauren had the great idea to see if we could incentivize them to get involved and really begin the conversation with people at a much younger age than they would normally be having it. 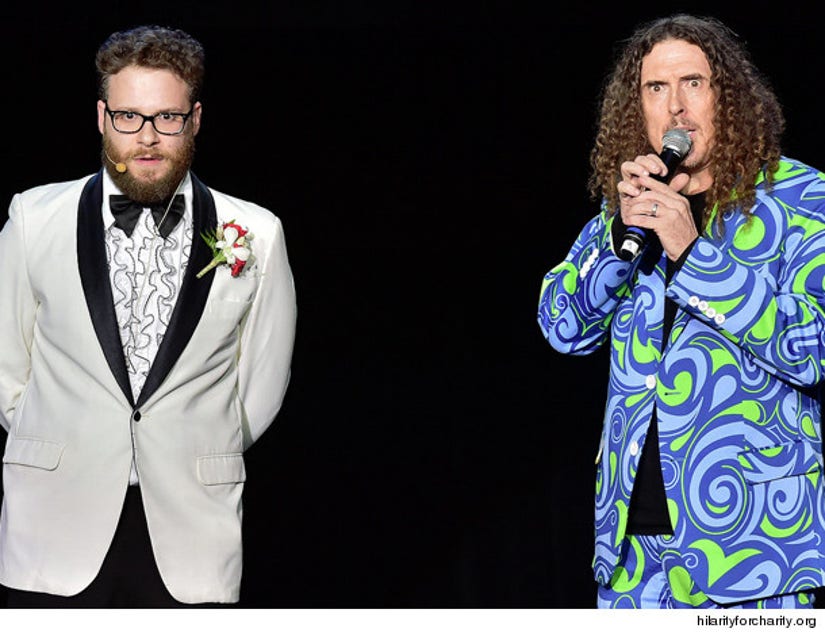 toofab: You're "Superbad" costar Christopher Mintz-Plasse aka McLovin will be joining you this weekend for an event at the University of Vermont. How does it feel that your friends are so on board with helping the cause?

Seth: It's great, I think unfortunately Chris might be the only one who's able to make it, the other guys tried, but the fact that anyone is even remotely interested in doing anything charitable, it's always impressive to me. I don't take it for granted and everyone is really busy. Especially when people see that they can be doing something nice, it's incredible. I'm grateful to them, that they are ultimately doing it.

Lauren: To fly across the country for something is incredibly generous and it's really awesome.

Seth: At every event, I look at the people who show up and I'm like, 'Wow, you people could be getting paid to do something else.'

Seth and Lauren's organization, Hilarity for Charity, will be adding programs to colleges all across the country. Make sure to check out www.hilarityforcharity.org to find out when the next round of meet-and-greets will start and enter for your chance to get Seth and his famous friends on your campus!