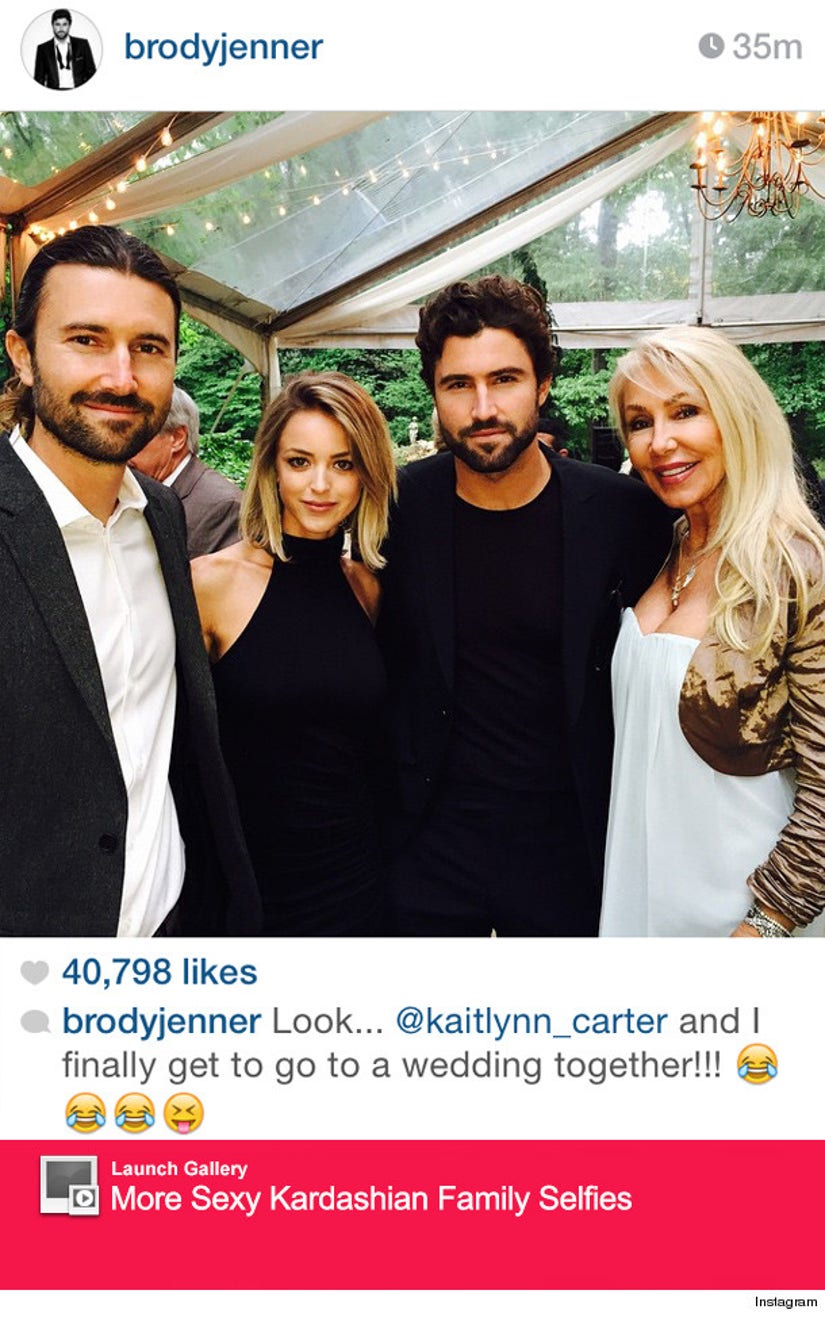 Brody Jenner took to Instagram on Sunday to take a jab at step-sister Kim Kardashian, who famously didn't allow him to bring a +1 to her wedding to Kanye West.

"Look... @kaitlynn_carter and I finally get to attend a wedding together," he captioned a photo over the weekend -- showing him, his girlfriend Kaitlynn Carter, brother Brandon Jenner and mom Linda Thompson at celebrating a friends' nuptials.

He must have felt bad after posting ... or started catching heat from his family members ... because the photo was eventually deleted.

During last season of "Keeping Up with the Kardashians," we saw Kim tell Bruce Jenner that she didn't want Brody to bring Kaitlynn -- with Bruce agreeing that was probably for the best.

Brody would later say he had prior commitments and that's why he couldn't make it -- citing a DJ gig that was held the same weekend.

This season on the E! reality series, he got even more open about the whole situation, saying they probably didn't even miss him all that much.

"I'm very happy for them, but do you think that they were really like, 'We have to have Brody and Kaitlynn there. If they're not there then this wedding is not going to happen,'" he said while out to drinks with Bruce, Brandon, Burt, Scott Disick and Kourtney Kardashian.

Bruce pointed out that Brody did attend Reggie Bush's wedding, who Kim famously dated on and off from 2007-2009.

"Of course, why wouldn't I, I love Reggie," Brody proclaimed. "Put Kanye and Reggie together in a burning building, guess who I'm saving? Reggie!" Brody added.

Looks like these two may still have some issues to work out ...

Burt Jenner also took to his Twitter page to throw some shade -- and many think his tweet was aimed at some of the reality TV stars.

"Having a hard time not putting a few people on blast who were not supporters before hand, but want to act like they were all along," he tweeted, then deleted.