If you want to date Jake Gyllenhaal, you need to get his mom's approval!

The "Southpaw" star stops by Monday's "The Ellen DeGeneres Show" where he opens up about his dating life ... and reveals he was once in a boy band!

Check out the clip above to see what the sexy 34-year-old said about his mom's role in his love life and his brief stint in the music group Holeshot.

While Jake's still looking for Mrs. Right, he does like to bring all of his first dates to his mom's house.

"One thing I always do is I always bring my dates to my mother's house for the first date," the actor tells Ellen in the sneak peek.

"My mother believes ... she thinks arranged marriages might be able to work," he adds. "Ya know what I mean, like in a good way."

The actor also says that if his mom were to set him up on a blind date, he'd 100% trust her judgement -- how cute is that?! Jake's single status confirmation comes just days after he was spotted out to dinner with Rachel McAdams. Sounds like they're just friends.

Ellen also surprises the "Nightcrawler" star with a hilarious picture from his past ... when he was in a boy band!

"I was in a really, really bad band when I was in high school," Gyllenhaal confesses. "The name of the band was called the Holeshot."

Make sure you check out the videos above to see their super '90s album art and Jake's impressive jump roping skills -- what do you think about the actor's candid comments? Tell toofab below and check out the gallery to see more sexy stars! 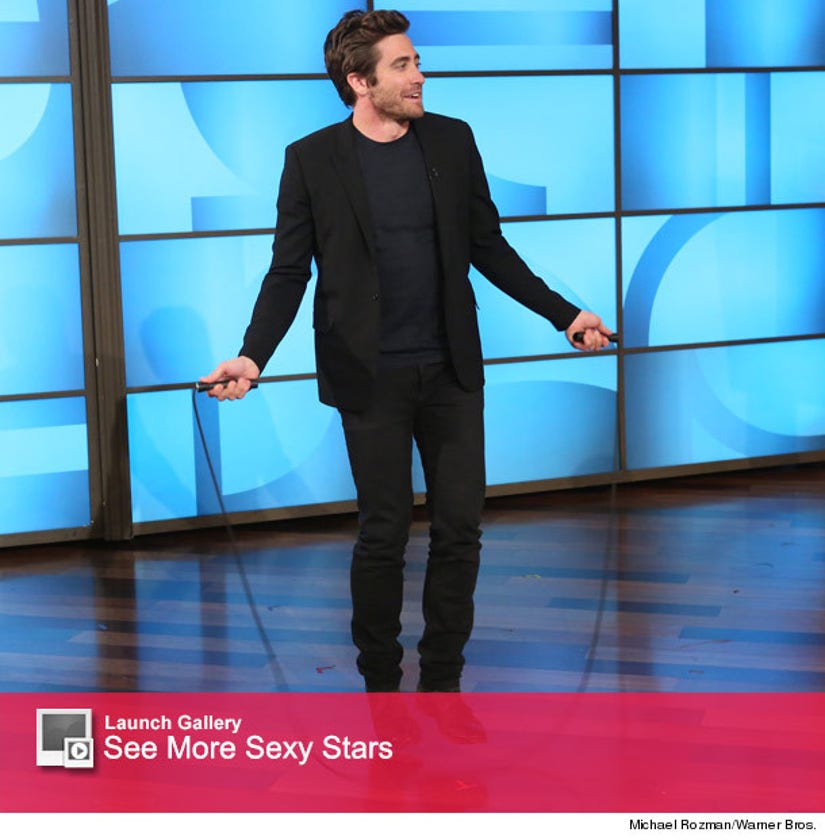