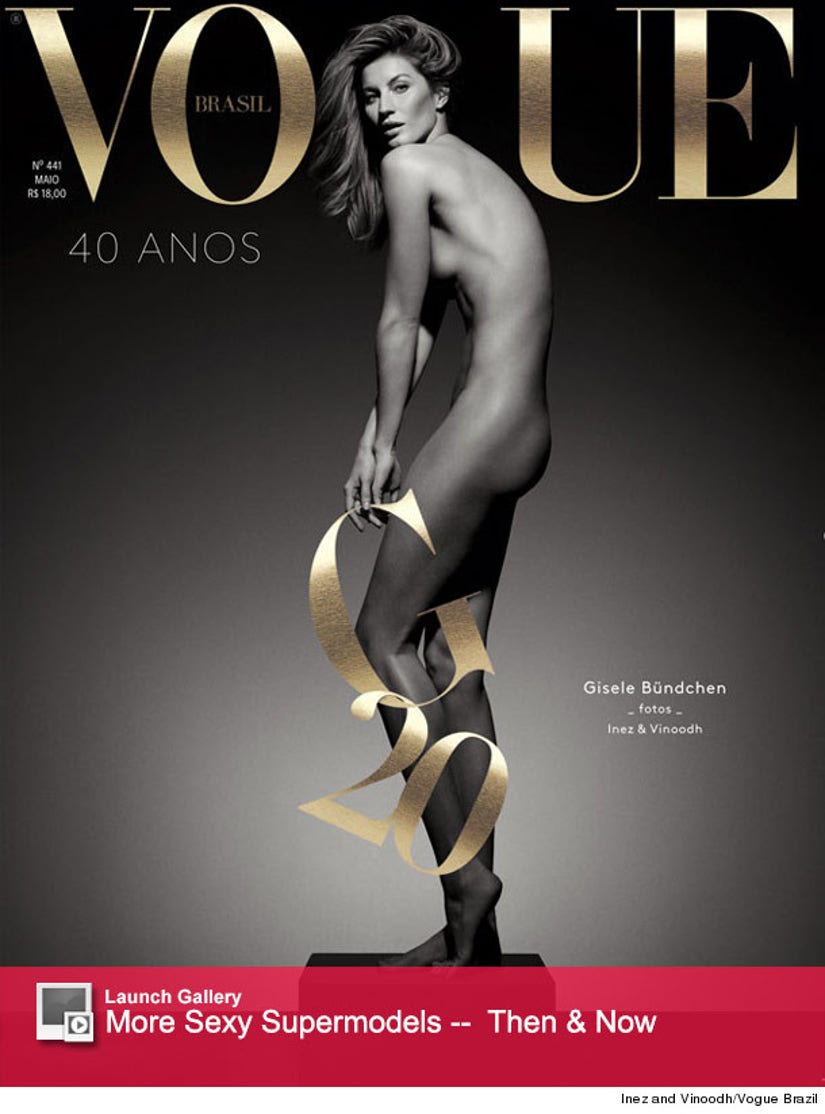 Gisele Bundchen may have retired from the runway, but that isn't stopping her from showing off her famous figure!

The sexy supermodel graces the cover of Vogue Brazil's 40th anniversary issue, where she bares her naked bod for the mag, posing with nothing but a gold letter "G" and the number "20."

"My 20-year career celebration cover @voguebrasil," the 34-year-old beauty wrote on Instagram. "Thanks to everyone who is part of this special edition. @gb65 @inezvinoodh @danielueda1@bartpumpkin @dickpageface @deborahlippmann." 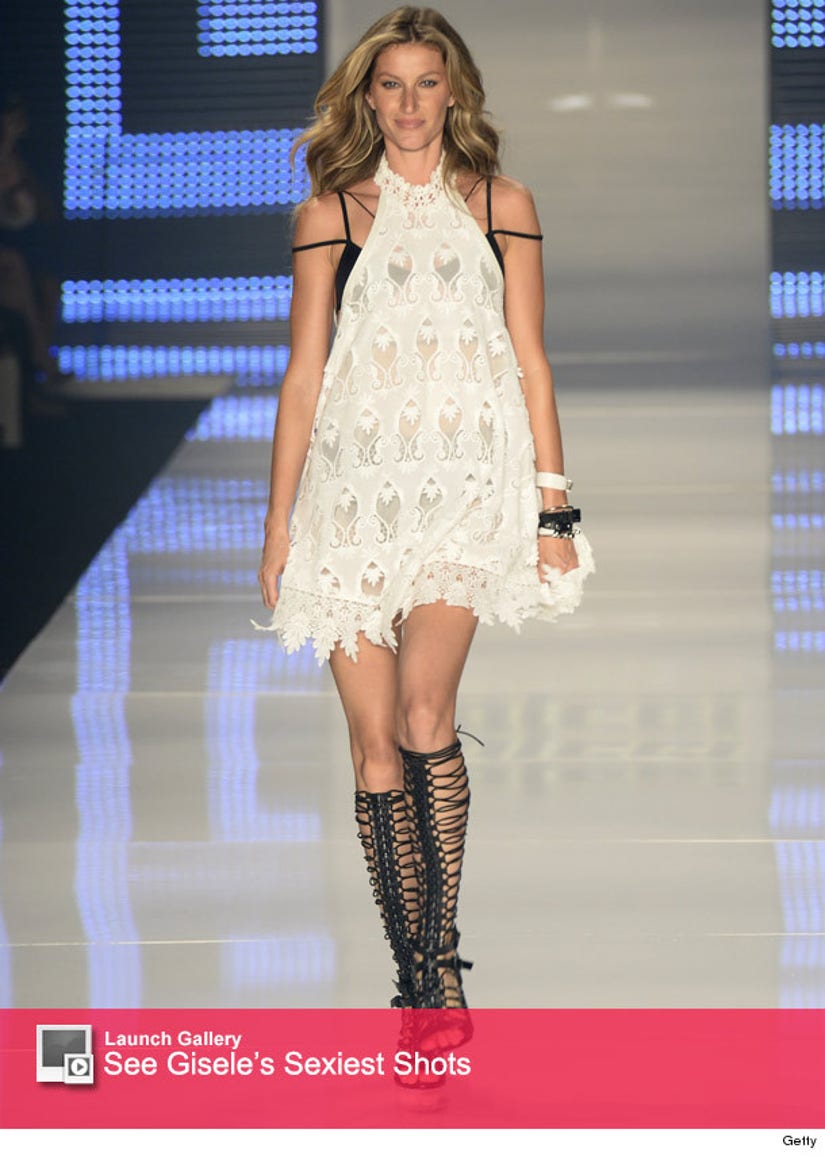 Earlier that week, the fashion icon revealed why she was ready to retire from the runway.

"Automatically, my body tells me if what I do is worth it, and it asked to stop. I respect my body, it's a privilege to be able to stop," Bundchen told the Folha de Sao Paulo newspaper. "I've learned to listen to my body."

"I don't see how to continue [modeling on the catwalk]," she declared, adding "and stopping will leave room for other projects I have for myself."

Looks like Vogue Brazil is just one of her many projects -- we can't wait to see where she pops up next.