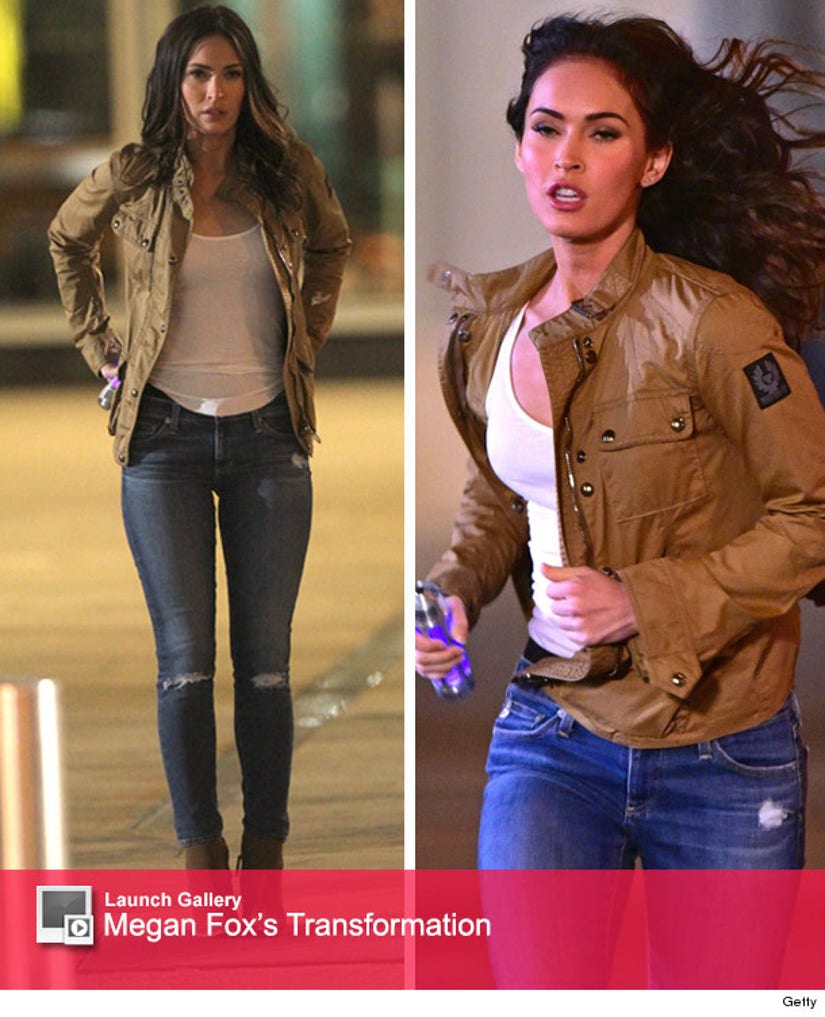 April O'Neil is back in action ... and she's got a new sidekick.

Megan Fox was spotted on the set of "Teenage Mutant Ninja Turtles 2" in NYC on Monday night, running around the city in a pair of skin-tight skinny jeans, suede booties, white tank top and a tan jacket.

She was seen holding onto a silver canister with something glowing inside, most likely the "mutagen" that transformed a few sewer turtles into hulking, pizza-loving ninjas in the first film.

Little is known about the plot of the sequel to 2014's successful reboot, but we do know the flick will feature some brand new faces.

Stephen Amell is trading his "Arrow" bow for a hockey stick, as he joins the cast as fan favorite Casey Jones.

The actor was photographed, stick in hand, on set last night -- giving us our first look at the character's 2015 makeover. Long gone are his signature long locks, as Amell was sporting his usually buzzed 'do. So far, no sign of Jones' trademark mask -- but there's no way it won't show up in the final film.

The Amell sighting comes after another exciting casting announcement was made on Monday afternoon.

Brian Tee will step into the role of Shredder, taking over the role from Tohoru Masamune. It's unclear how or if that transition will be explained.

Tyler Perry also joins the film as Baxter Stockman, Alessandra Ambrosio is reportedly playing a new love interest for Will Arnett's character and mutants Bebop and Rocksteady are set to appear as well.