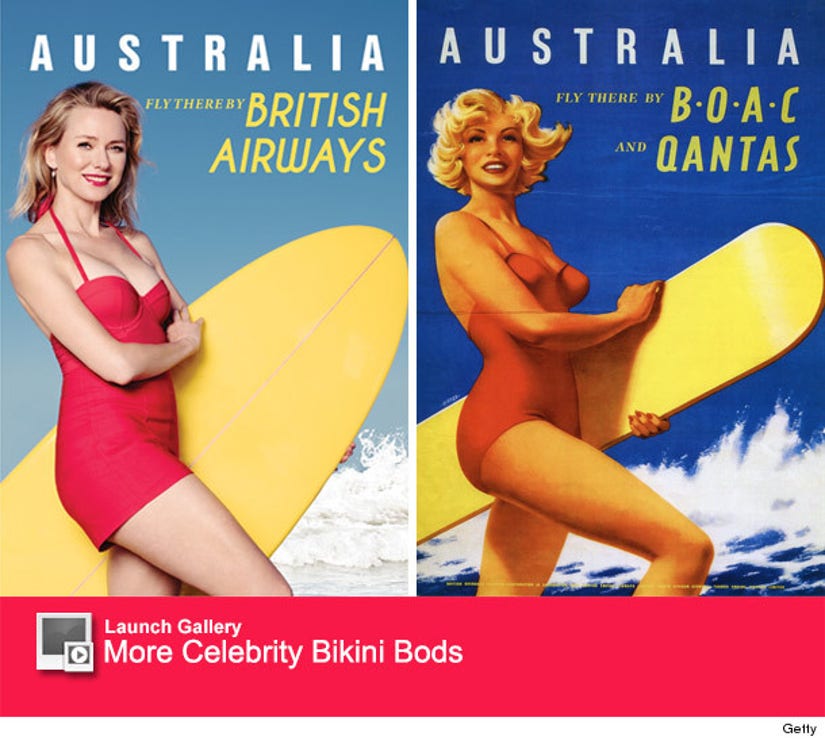 Naomi Watts is the star of a new retro-inspired photo shoot for British Airways, celebrating 80 years of flights between London and Australia.

The "Birdman" actress poses in the ad, which is a recreation of an iconic 1935 vintage poster that promoted flights from the airline's predecessor, B.O.A.C.

In the snap, the 46-year-old beauty dons a red swimsuit as she holds a yellow surf board and gives an effortless smile to the camera.

"It has been great to go back in time with British Airways and recreate an iconic poster from such a glamorous era," Naomi said in a statement. "I love the vintage style from the golden age of travel so it was really fun to bring this to life."

"Eighty years is an incredible landmark for British Airways and with a personal connection to both countries, it's really special to take part in celebrating the history of travel between Australia and the UK." 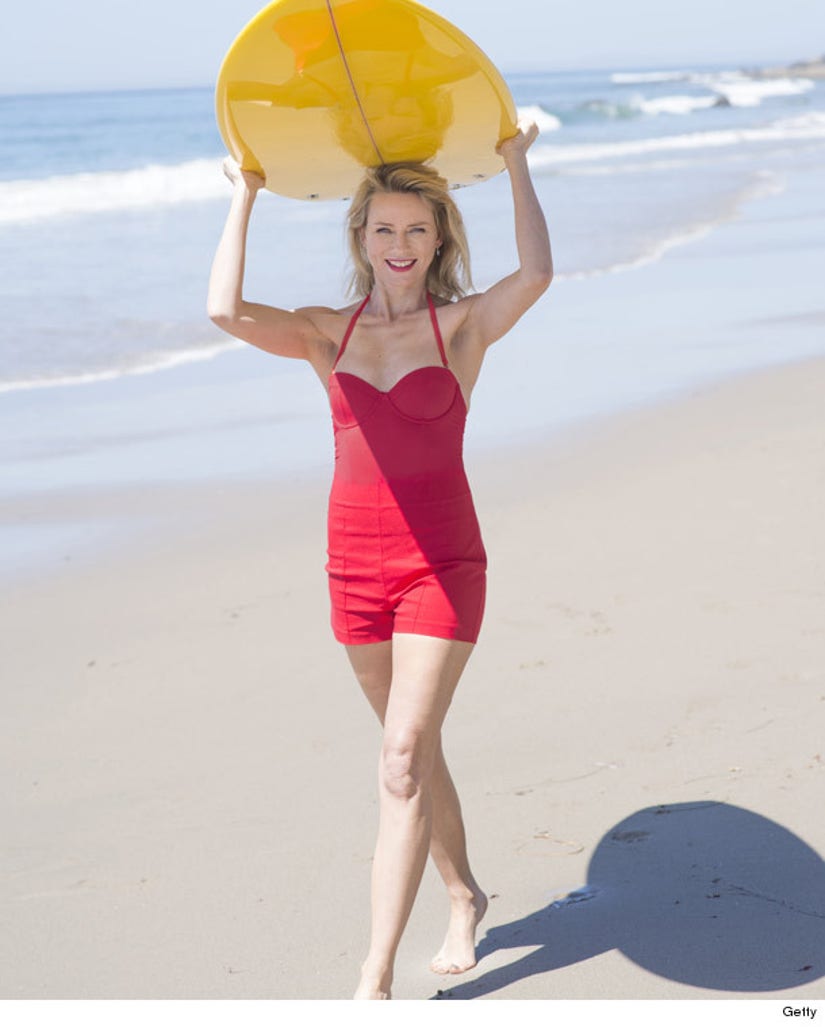 The actress is the perfect choice for the ad, considering she has ties to both countries. Naomi was born in Kent, England but moved to Sydney, Australia with her family when she was 14.

In another photo, we get a look behind the scenes as the blond star walks along the beach carrying the surf board on her head.

The Oscar-nominated actress isn't the first celeb to lend her face and name to promote an airline. Nicole Kidman, Miranda Kerr and Orlando Bloom have all used their star-power in similar ways.

What do you think of Naomi's vintage inspired shoot? Tell toofab in the comments section below then click "Launch Gallery" for more celeb bikini bods!