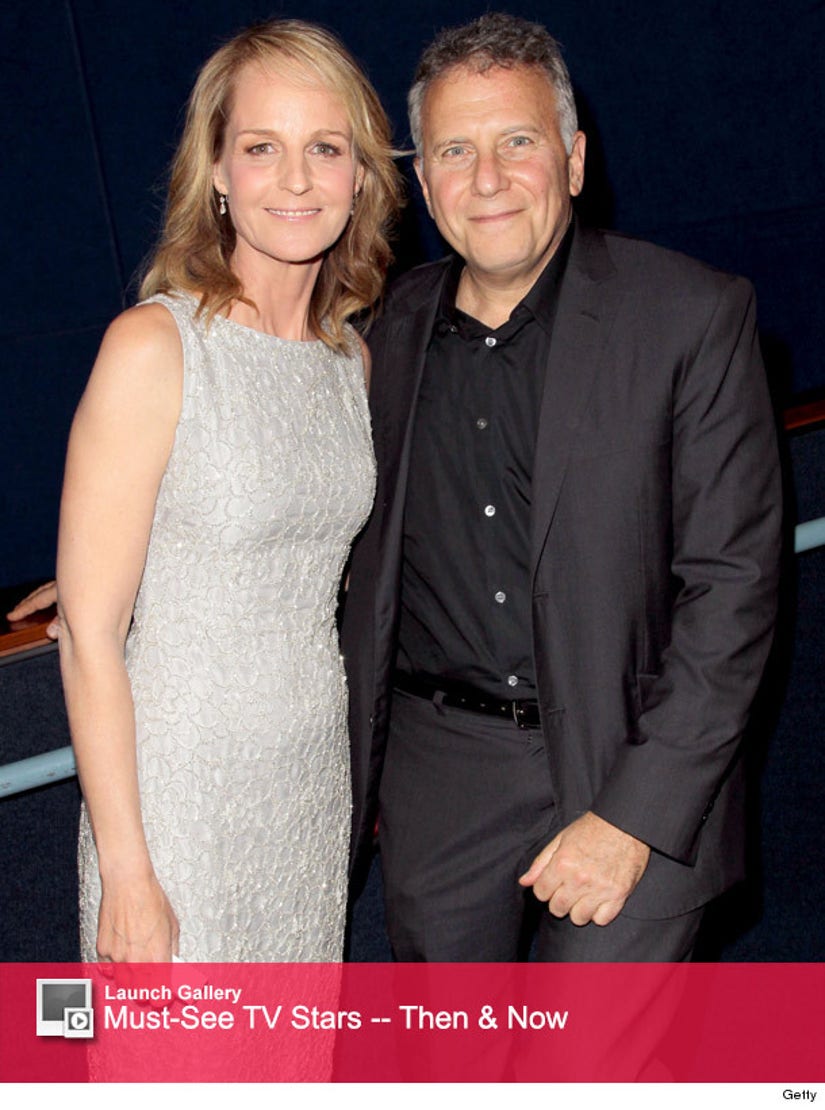 The Buchmans are back together again!

Helen Hunt reunited with her "Mad About You" costar, Paul Reiser, on Tuesday night at the Los Angeles premiere of her new movie, "Ride."

In the flick, the 51-year-old actress plays a magazine editor who discovers her son has dropped out of college to become a surfer. Her character follows the boy to California, where she meets a surf instructor, played by Luke Wilson.

Reiser attended the screening to show support for his former on-screen wife, who wrote, directed and produced the film.

Hunt stole the spotlight on her big night, putting her fit figure on display in a lace shift dress. The actor looked dapper in a black jacket, shirt and slacks.

It's been over 20 years since audiences first fell in love with these two on "Mad About You."

The show, which ran from 1992-1999, followed Paul Buchman, a documentary filmmaker, and Jamie Stemple Buchman, a public relations specialist, as they dealt with the often-hilarious ups and downs of married life.

We love that these two still support each other, don't you?!

Check out the gallery above to see more of your favorite "Must-See TV" stars, then and now.