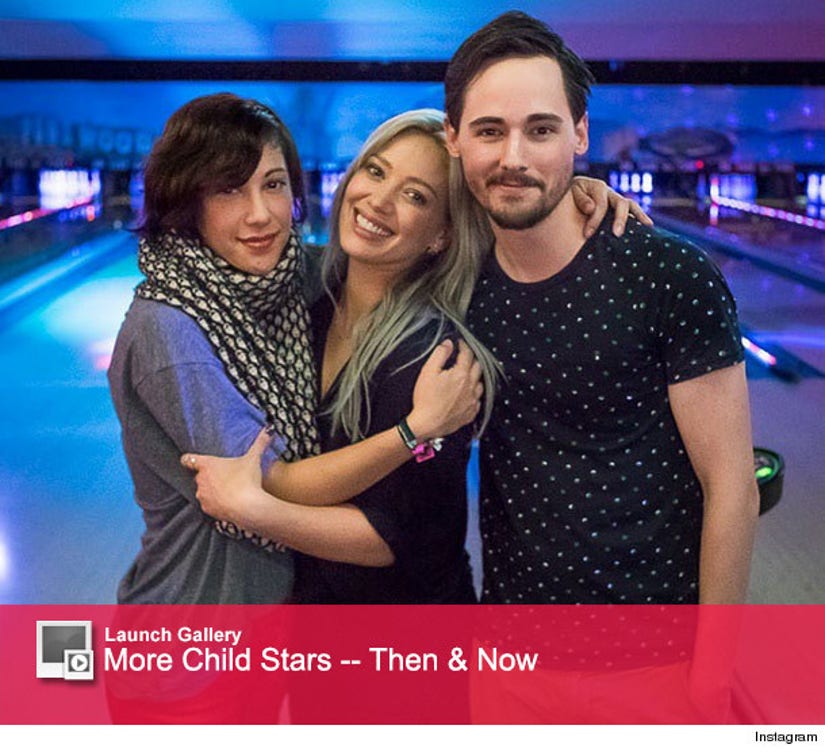 Dating can be nerve-racking, but not when you have a little help from some old friends!

Hilary Duff revealed on Tuesday that she would be going on her first Tinder date, and it seems, she invited her "Lizzie McGuire" costars to come along.

Jake Thomas, who played Matt McGuire on the popular show, posted a pic from a night out with Hil on Instagram, where he was seen posing with Duff and Lalaine Vergara -- a.k.a Miranda.

While we love seeing the "Lizzie" cast back together, we're dying to know how the date went with a lucky guy named Tom.

"We went bowling so we didn't have to talk too much, but we did talk a lot actually," the "Younger" star said on "On Air With Ryan Seacrest." "He was cool. He brought a friend and I had some friends there. He used to be in editing for reality shows. Now, he's an actor and he just wrote a play. He's an interesting guy. To be honest, I don't really want [to date] an actor…I think he has a few jobs." 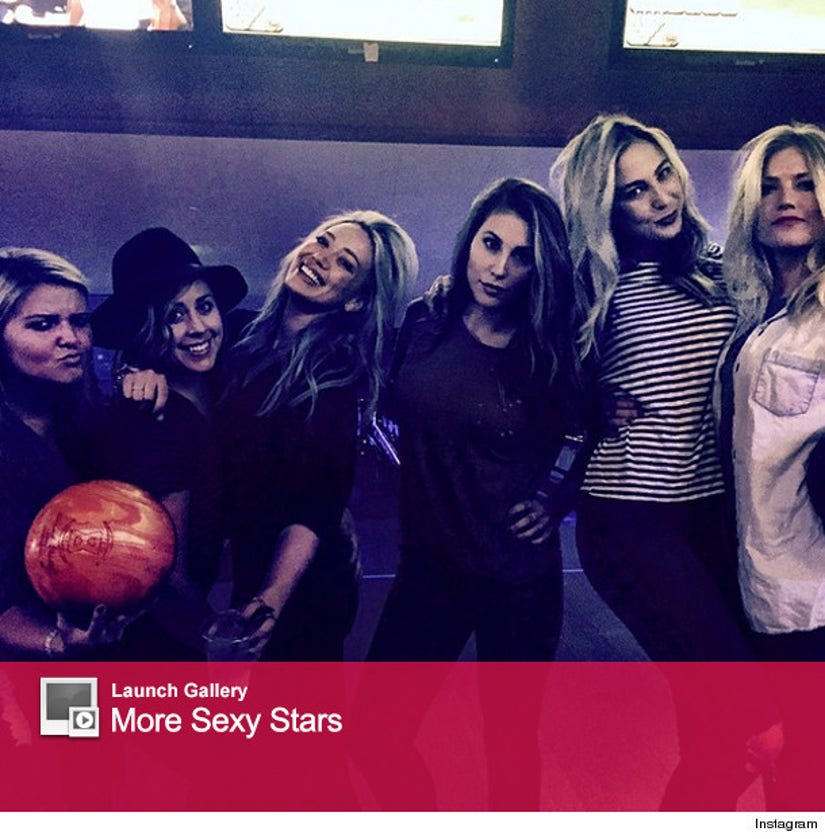 When she was asked if the night ended with a kiss, Duff set the record straight: "No! Absolutely not."

Even though Hilary wasn't totally smitten, she's willing to see what happens with her mystery man. "I don't know how I'm feeling," she admitted. "We'll see how it goes."

But, the 27-year-old beauty is going to keep her options open -- she already has more dates lined up!

"I'm just a Tinder animal," she said. "I had my Tinder training wheels on for my first date. Now it's smooth sailing."

Maybe Gordo will be joining Hilary on the next one!