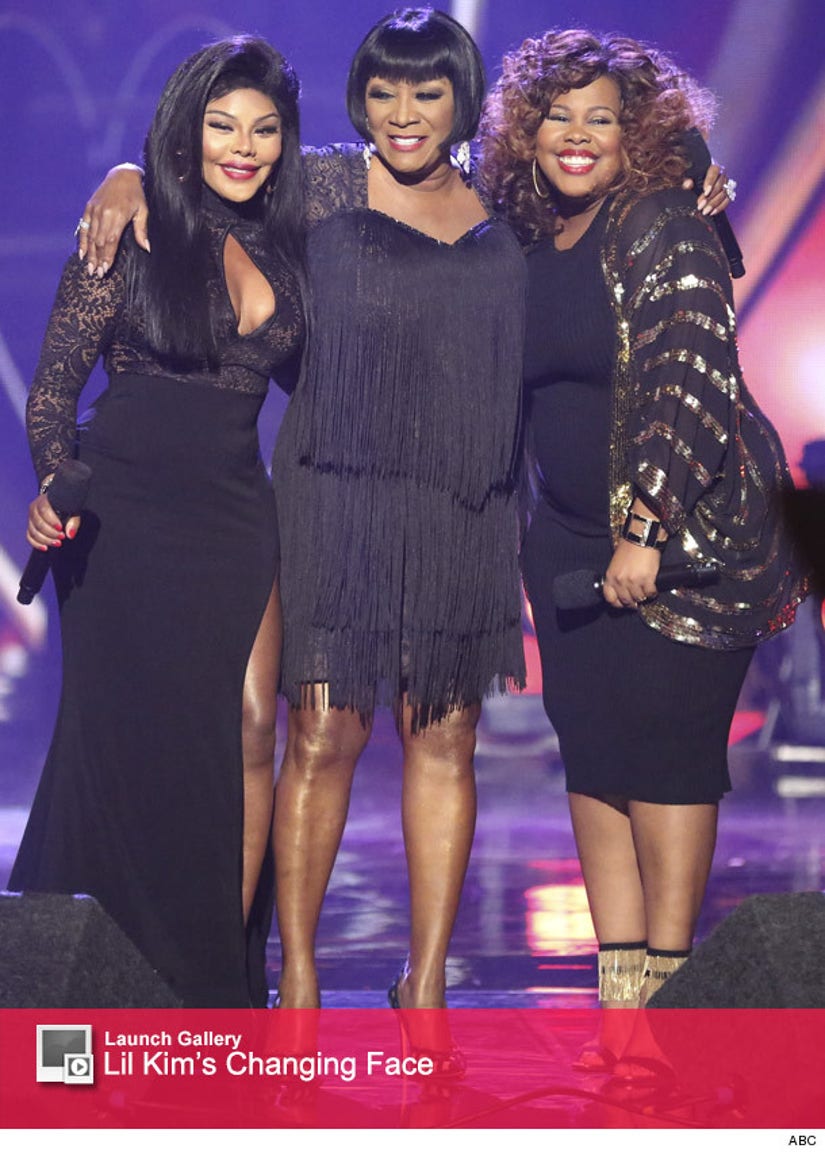 Patti LaBelle may have been eliminated from "Dancing With The Stars" earlier this season -- but during the show's 10th anniversary special, she made her triumphant return to the stage to sing one of her most famous hits!

The 70-year-old icon performed "Lady Marmalade" and was accompanied by two familiar faces.

"Glee" star and Season 17 winner Amber Riley joined the legendary songstress on stage, as well as Lil' Kim -- who famously covered the tune with Christina Aguilera, P!nk, Mya and Missy Elliott back in 2001.

Kim looks a little different now than she did back then though ... 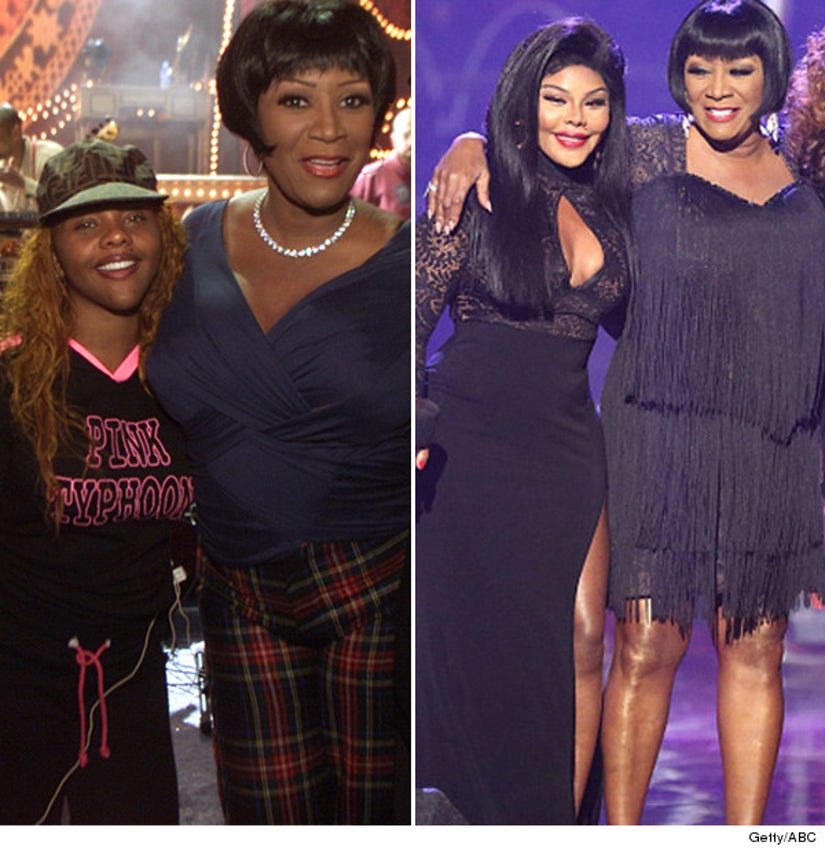 The 40-year-old's face has changed over the years, but this appearance had Twitter abuzz. For the record, Kim's denied plastic surgery in the past.

Watch her performance below:

What do you think of her latest look? Sound off below then click "Launch Gallery" to see her changing face through the years!