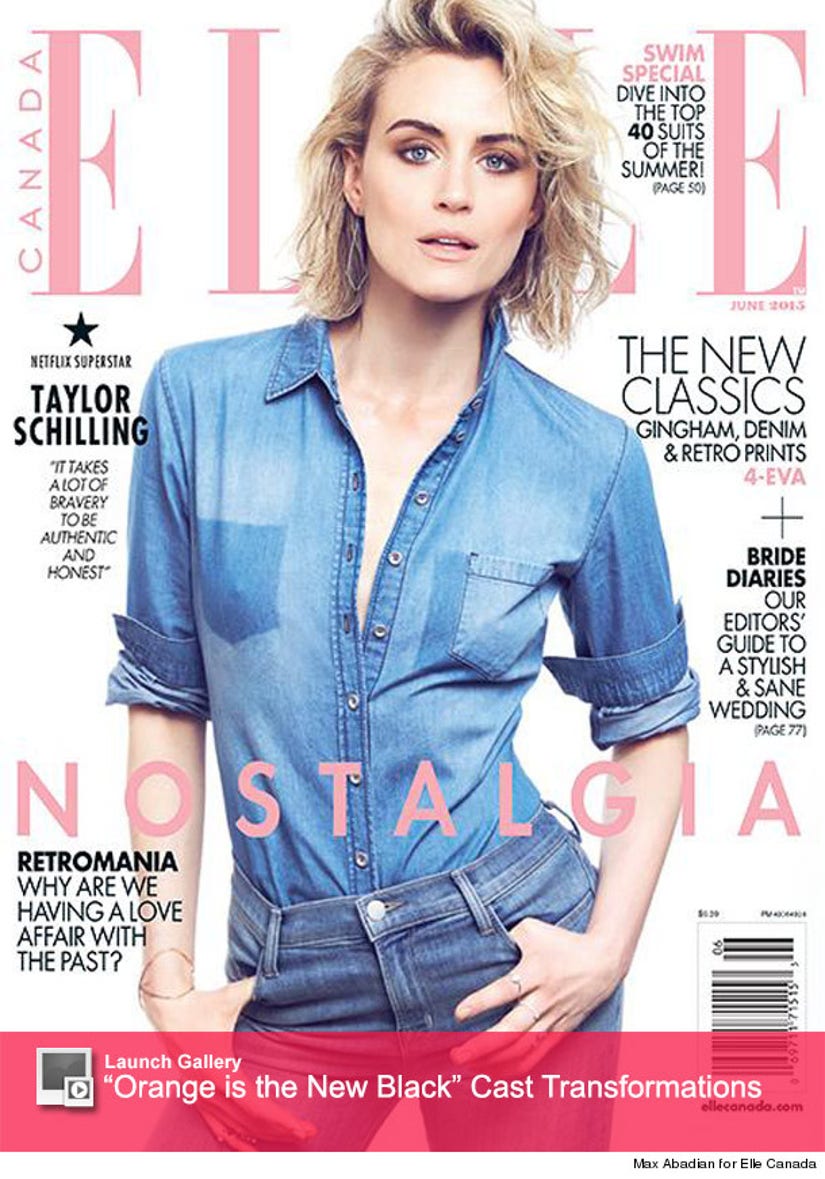 The "Orange is the New Black" star recently chatted with Elle Canada, where she opened up about living in the spotlight and avoiding a Kim Kardashian-esque status.

When asked why the actress has decided to maintain a low social media profile since her rise to fame (for the most part), Schilling says it comes down to honesty.

"It has almost become a defiant thing at this point because I do not believe this celebrity Kim Kardashian culture is what I signed up for," the blonde beauty explains. "I'd rather create something honest than try to create something for a social-media account. Besides, my brain is just way too fragile for both. [Laughs] I am susceptible to what people think; I think we all are. So it's just easier for me to not engage with it too much."

In fact, the 30-year-old believes that social media only perpetuates feelings of loneliness.

"There is something so sad about going online and seeing almost everyone shouting 'Notice me, notice me!' Which is such a human desire—to be acknowledged. But me responding to that with some sort of 'You're noticed, you're seen' only perpetuates the loneliness. Because I'm not seeing you; I'm not noticing you. And whoever you are, you so deserve to be noticed and valued. I feel lucky to have not grown up with the Internet because it forced me to get out, struggle and be so messy," she confesses.

The Netflix star also says that she loves finding the humanity in Hollywood.

"I'm still relatively new to the business – I started just five years ago – but I can see how the pressure becomes internalized. And knowing how powerful it can be, I can't even imagine being outside of this industry looking in. I love meeting the people I admire and seeing they're all human – they have bags under their eyes and are dealing with their own insecurities and struggles. I think it's so vital to keep that context in the forefront," she admits.

We love Taylor's candidness -- what do you think about the actress' comments? Tell toofab below and click "Launch Gallery" above to see more "OITNB" stars' transformations!