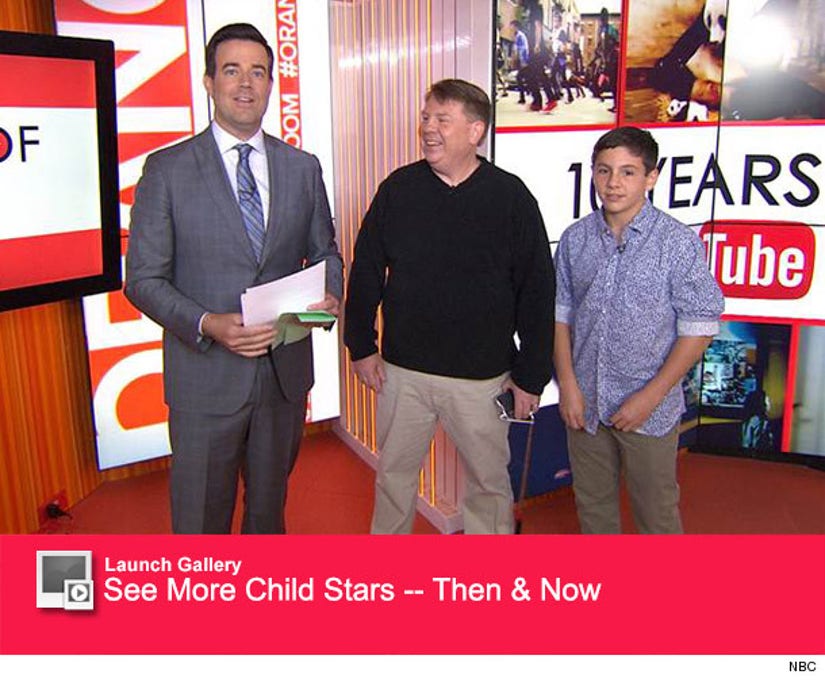 This is real life.

It's been 7 years since one adorable kid's father posted a video of him all hopped up on anesthetics to the Internet, creating one of the first viral video stars of the YouTube age. Yep, we're talking about "David After Dentist."

The video, posted in 2008, has gone on to rack up an incredibly impressive 128 MILLION hits -- and now, we get to see what the kid looks like these days.

In an interview with "Today," 14-year-old David DeVore says he still thinks the clip is funny, before confessing "I mean, it gets old after a while, after I watch it, like, 128 million times."

The teenager says he still gets recognized "a little bit," but not as much as he did when the video first came out.

And all those clicks have helped generate some extra income for the DeVore family.

"Yeah, we've made a little bit of money thanks to YouTube and their partner program," father David Sr. revealed. "But it's all gone to, you know, help the family, and particularly help William [David's brother] and David stat in private school."

As YouTube celebrates its 10th birthday, viral video stars have started to come out of the woodwork. Just last week, we were able to check back in with the two young stars of "Charlie Bit My Finger" -- see what they look like in the video below!