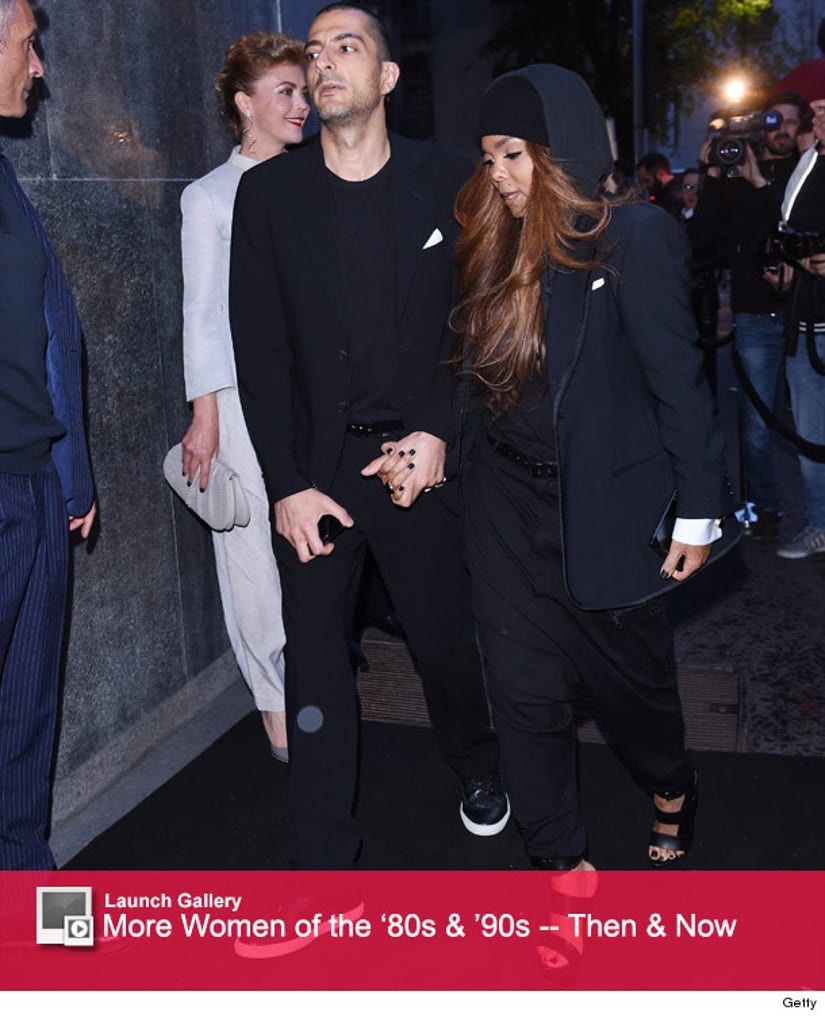 She's out of hiding!

Janet Jackson has been flying way under the radar -- but on Wednesday, the pop diva treated us to a very rare appearance in Milan, Italy.

The 48-year-old songstress was spotted walking hand-in-hand with husband Wissam Al Mana as the two made their way into Giorgio Armani's 40th anniversary dinner reception at Nobu.

The star looked gorgeous as she let her long auburn locks flow. She covered up in a pair of chic black pants and a hooded blazer, which she paired with black platform sandals.

Ever since the "All For You" singer tied the knot with her billionaire hubby in 2012, she reportedly moved to Saudi Arabia and has stayed out of the public eye ever since.

The last time we saw Janet was in February, when she stepped out for a shopping excursion in Milan. Prior to that, she made her first red carpet appearance in over a year and a half when she attended the Vogue Fashion Dubai Experience Gala dinner in October.

With Janet signthings becoming increasingly rare, does that mean we should give up any hope for new music? Not quite!

During Monday night's episode of "Watch What Happens Live," Andy Cohen pressed Asa Soltan Rahmati for updates about the singer.

The "Shahs Of Sunset" star is currently dating Janet's nephew, Jermaine Jackson Jr., and seemingly confirmed that the star is working on something new.

This NEEDS to happen!

Watch the clip above to see what she said about the MIA pop star then click "Launch Gallery" to see more women of the 80's and 90's then and now!