Hootie & The Blowfish still got it!

The popular '90s group reunited on Thursday's "The Late Show with David Letterman," where they performed their 1994 hit single, "Hold My Hand."

Check out their awesome performance above!

The band made their late night debut over 20 years ago at the Ed Sullivan Theater, when they performed the same single for Letterman's audience in 1994. "If you don't have this album, there's something wrong with you," Letterman told the crowd that night.

Clearly, the beloved rockers still sound just as great as they did over two decades ago!

While Darius has been focused on his solo music lately, the band still performs together every year at the annual Hootie's HomeGrown concerts, which raise money for schools.

Check out the gallery to see more pop stars then and now! 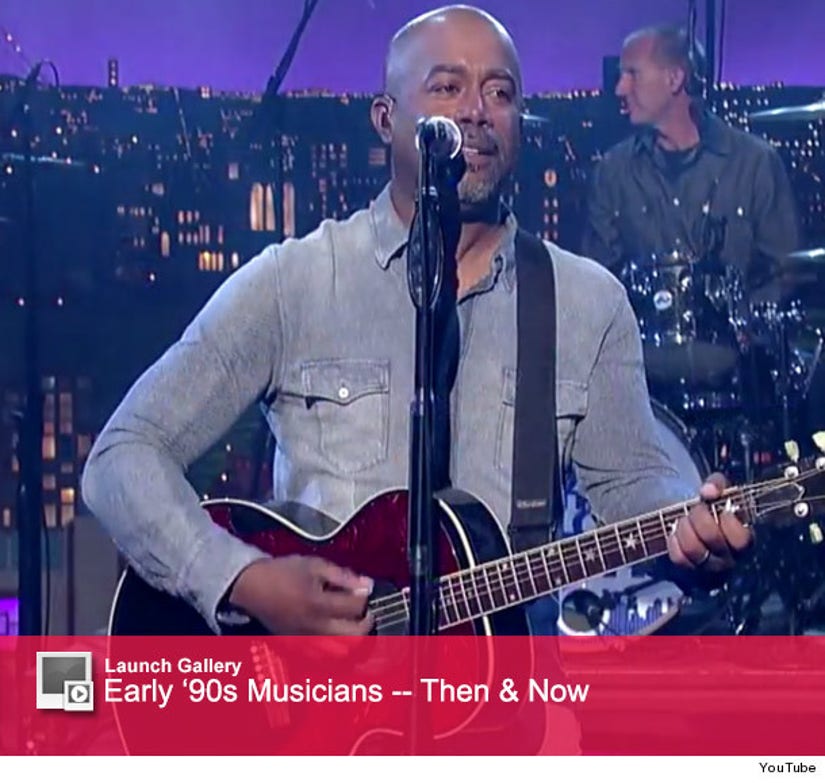