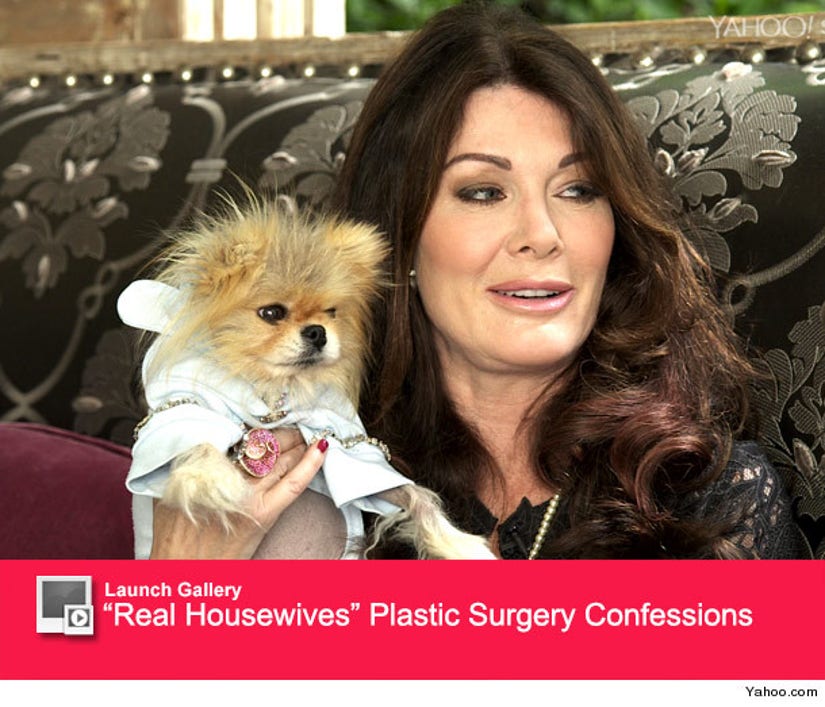 Lisa Vanderpump is an open book!

The "Real Housewives Of Beverly Hills" star went on rumor patrol in a recent sit down with Yahoo Style for their ongoing series "I Yahoo'd Myself."

With her adorable pup Giggy by her side, the fabulous Brit opened up about plastic surgery rumors and gave her take on cast mate Kim Richards' recent alcohol and legal troubles.

First, the restaurateur had a bone to pick with Wendy Williams over one rumor in particular. The outspoken host has claimed that the 54-year-old has butt implants, an accusation that had Lisa rolling her eyes.

"I haven't had a nose job. The only thing I've done to my face is put a little bit of filler," she confessed. "At least my a** is real, contrary to a lot of reports, everybody says I have butt implants. Wendy Williams says that! I don't have a butt implant, I'm happy to offer it up for X-rays like Kim Kardashian."

Next, Lisa gave her thoughts on the recent season of her hit Bravo reality series ... and what it was really like watching Richards' struggle with sobriety.

"We've all had our differences which we have, others more than you know me that's for sure," she says.

"It's difficult to be on reality television, and I didn't want to get involved so I kind of took a step back," she adds of Richards' troubles, saying they haven't spoken.

Watch the rest of the interview above to see what the star said about her restaurant's recent A-list patrons and which one of her cast mates she thinks is the worst tipper!