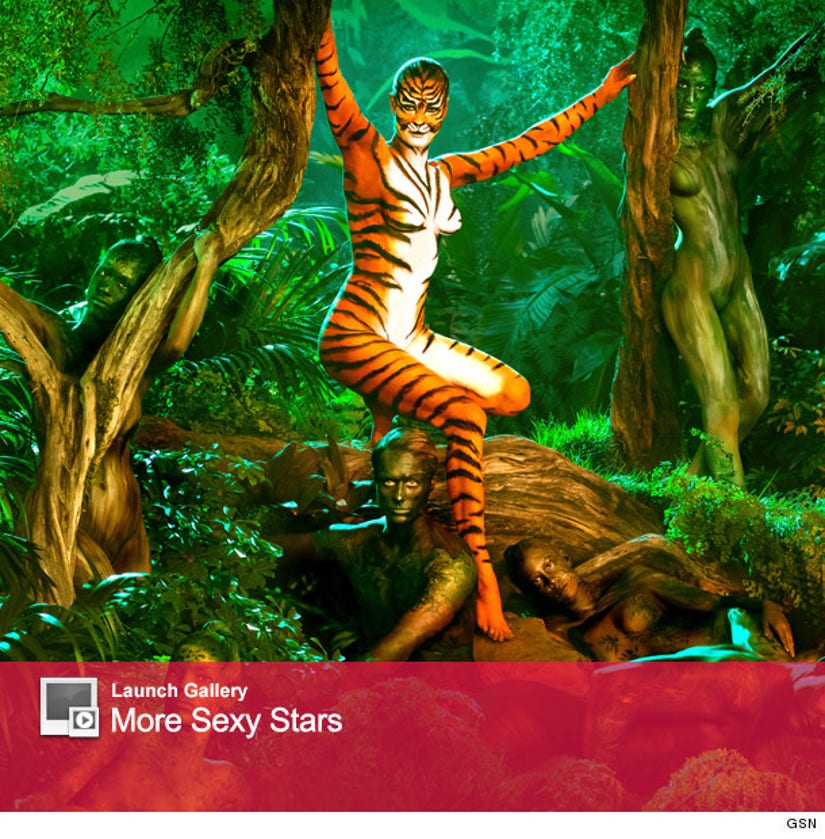 Rebecca Romijn bares her bod for a new teaser for the second season of GSN's body-painting reality competition, "Skin Wars," where she shows off her killer curves with some strategically-placed tiger stripes.

In the new promo, the sexy supermodel leaves little to the imagination as she slithers around the jungle in orange, white and black body paint.

The "X-Men" star was the first swimsuit model to grace the pages of Sports Illustrated in the nude, wearing only a body painted bikini. Her role as Mystique also required similar makeup ... and, we have to say, the 43-year-old mother-of-two looks just as good in the buff now!

"For me, it was kind of like back in the saddle again," Romijn told People of her revealing shoot. "The craziest thing about being painted is that you really don't feel naked. You feel very, very covered up."

Even though she's comfortable with her bod, you won't see this hot mama rocking body paint off set.

"I'm a mother who nursed twins," she admits. "You're not going to be seeing me on any red carpets in nothing but body paint any time soon. That ship has sort of sailed for me."