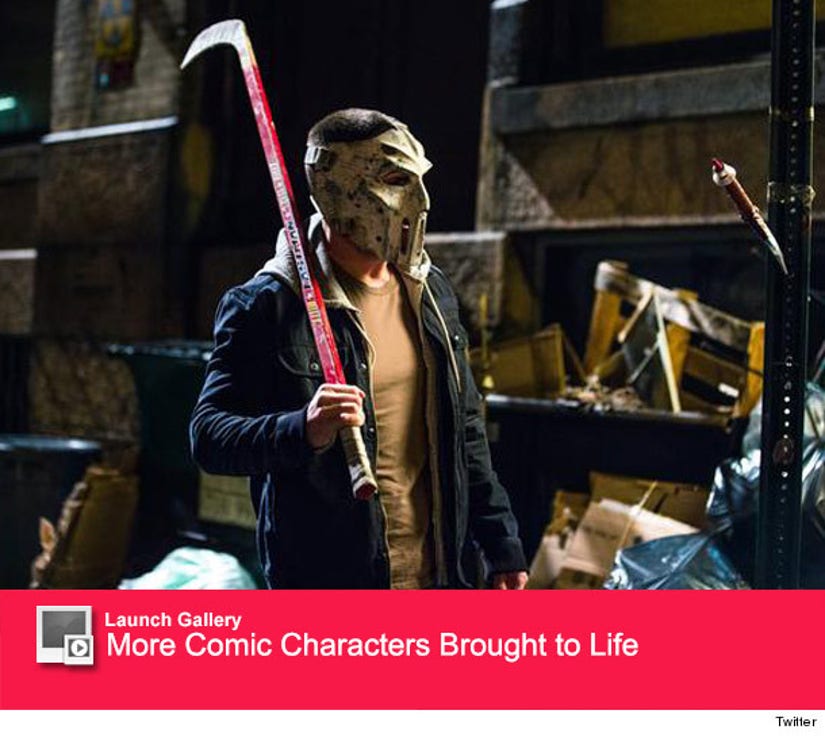 While we saw the "Arrow" star on the NY set earlier this week, hockey stick in hand, we hadn't seen his character sporting his trademark mask.

So ... what do you think? It's definitely a darker, grittier take on the look, but it's also kinda large for his head, isn't it?

Jones -- a turtle ally and love interest for April O'Neil -- has also traditionally sported longer locks in the past, but it looks like Amell will be playing him with his regular buzzed 'do instead.

The mutated turtles themselves and Megan Fox have also been spotted on set this week, with Fox seen wearing a short blonde wig. Could April be going undercover?

It's been a big week for the film.

On Monday, it was announced that Brian Tee will take over the role of Shredder, who was previously played by Tohoru Masamune in the first flick.

Tyler Perry also joined the film as Baxter Stockman, Alessandra Ambrosio is reportedly playing a new love interest for Will Arnett's character Vernon Fenwick and mutants Bebop and Rocksteady are set to appear as well.