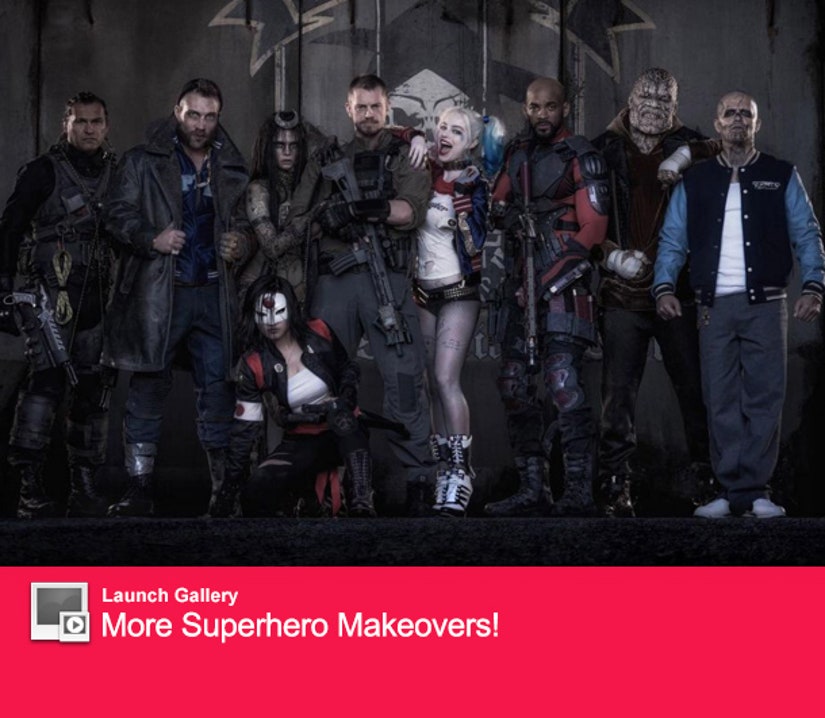 After getting our first look at Jared Leto's Joker last week, "Suicide Squad" director David Ayer took to Twitter on Sunday night to show us everyone else -- including Margot Robbie's transformation into Joker's girlfriend, Harley Quinn.

Like Joker, it's worth noting that Harley is covered with similar tattoos on her legs. Her hair is dyed like the character's infamous "Arkham City" incarnation, while sporting a baseball tee, studded booty shorts and hightop heels.

The director also shared another shot of Will Smith in his full Deadshot, sporting the character's mask, scope and one massive fun. 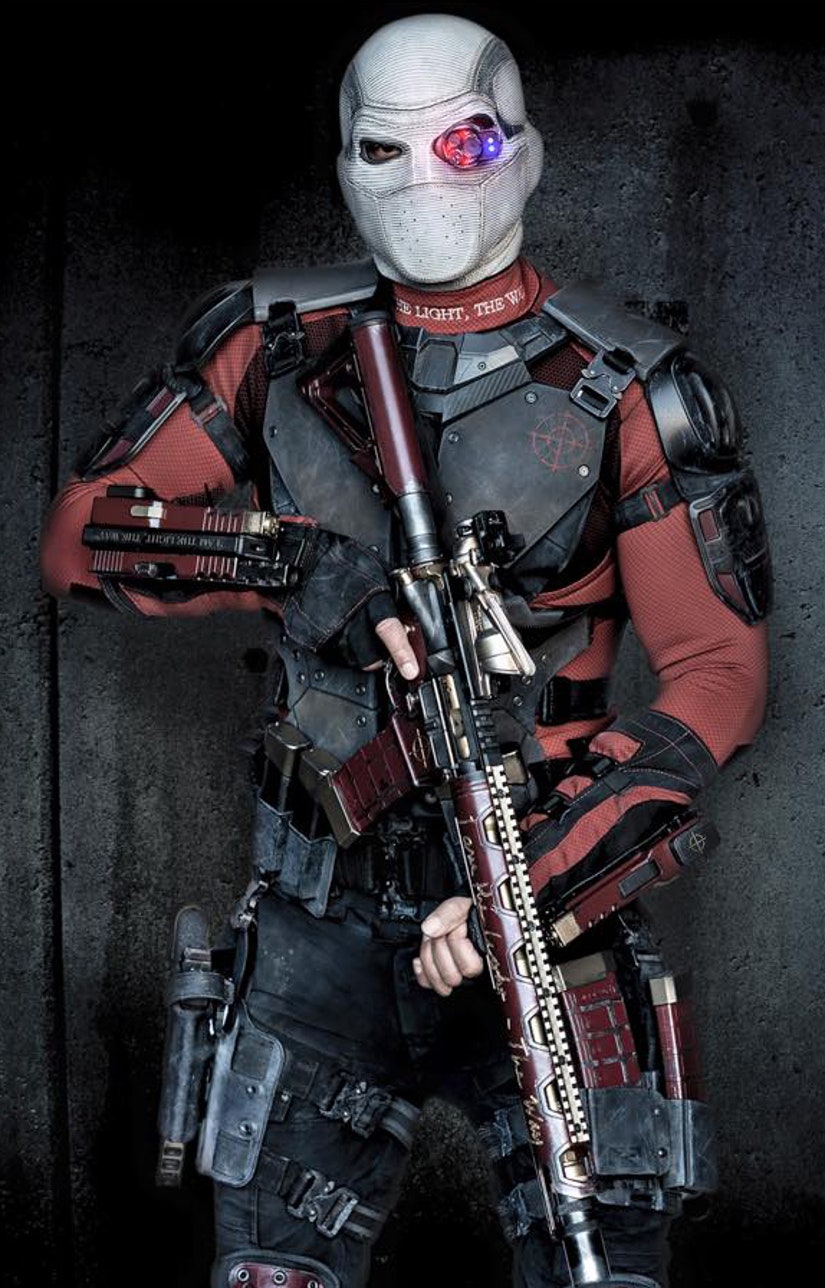 We'll see the entire team in action when the film hits theaters August 5, 2016.

What do you think of Harley's new makeover? It's certainly different, right?