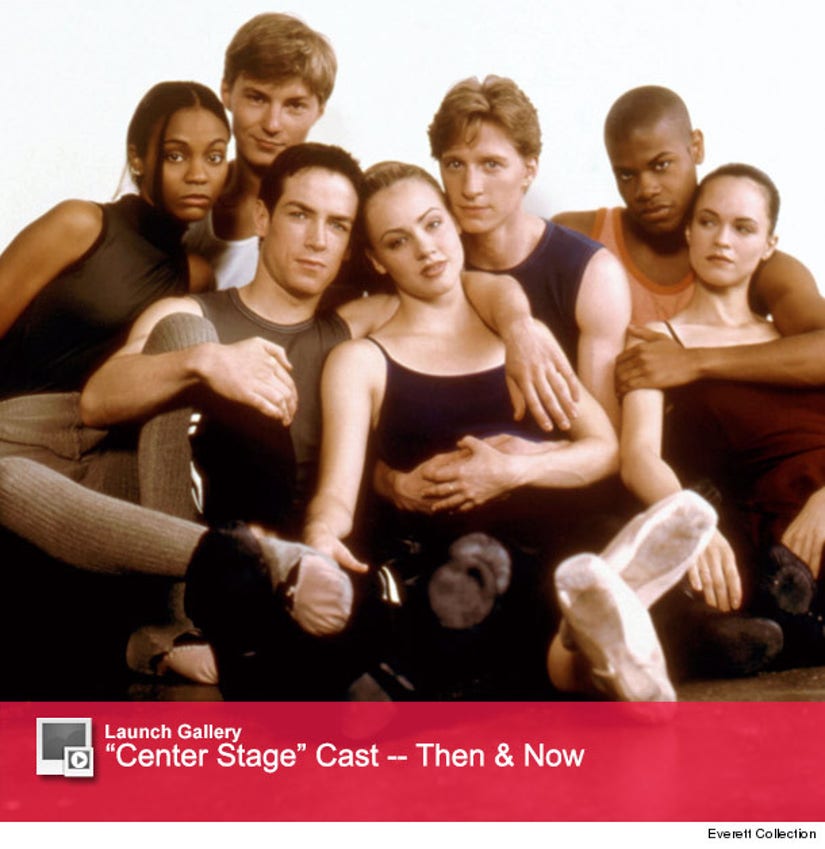 "Cooper, you're an amazing dancer, and you're a great choreographer, but as a boyfriend... you kinda suck" -- if you remember Jody Sawyer's classic line, you can call yourself a "Center Stage" ﻿fan.

It's hard to believe it's been 15 years since Jody (Amanda Schull) danced into our hearts (and all over he ex-boyfriend's heart!) in the 2000 teen drama about ballet life at the fictitious American Ballet Academy.

The film was filled with steamy love triangles and well-choreographed dance moves, as well as an epic finale to "Canned Heat" by Jamiroquai.

In honor of the film's 15th anniversary, toofab is taking a look back at the cast to see what they've been doing since the movie's big screen debut.

So, where is Jody now?

Schull has had success on the small screen, landing recurring roles on "One Tree Hill," "Pretty Little Liars" and "Suits." She currently stars as virologist Cassandra Railly on Syfy's new series, "12 Monkeys."

Zoe Saldana -- a.k.a bad girl Eva -- got her start in the dance-centric film. The actress went on to star in "Avatar," "Star Trek" and "Guardians of the Galaxy." She also recently welcomed twin boys with husband Marco Perego.

The now-59-year-old star later starred as Sandy Cohen on "The O.C." from 2003 to 2007 and had recurring roles on "Covert Affairs," "Californication" and HBO's "Togetherness."

But what happened to the two dueling hotties after Jody's heart? Check out the gallery above to see the rest of the "Center Stage" stars now!