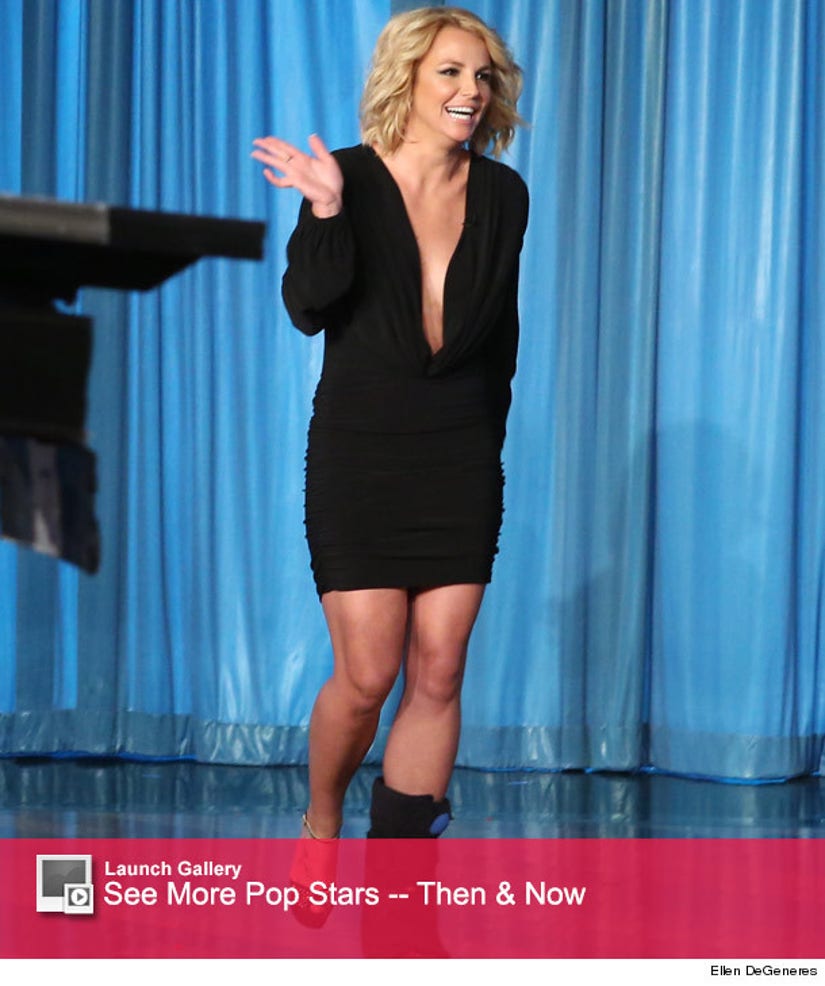 Britney Spears is full of surprises!

The pop princess may be recovering from the tumble she took during her Vegas show -- but that didn't stop her from surprising Ellen DeGeneres on Tuesday's episode of her talk show.

While the "Pretty Girls" singer had a little something hidden up her sleeve, she first filled Ellen in on her "embarrassing" on-stage incident.

Last week, the star was performing during her sold out "Piece Of Me" show when she rolled her ankle. The veteran performer kept singing despite not being able to get up and managed to push through the rest of her show.

Following the incident, the 33-year-old updated her fans about her condition via Twitter and delivered some disappointing news

"Breaks my heart to share this news. After hurting my ankle last night my doctor has advised me not to perform this weekend #Heartbroken," she wrote.

"Well, I actually wasn't doing anything that hard. I was just kind of bopping around," she now says of the incident. "And I've done like 8 years worth of shows and I've never actually fell on stage so it was really kind of embarrassing"

The mom-of-two, who wore a boot during the appearance, wasn't seriously injured but she did manage to tear some ligaments.

Aside from her injured ankle, the princess of pop announced that she will be extending her residency for three more months. Watch the video above to see Brit's announcement and the very special gift she gave the entire audience!