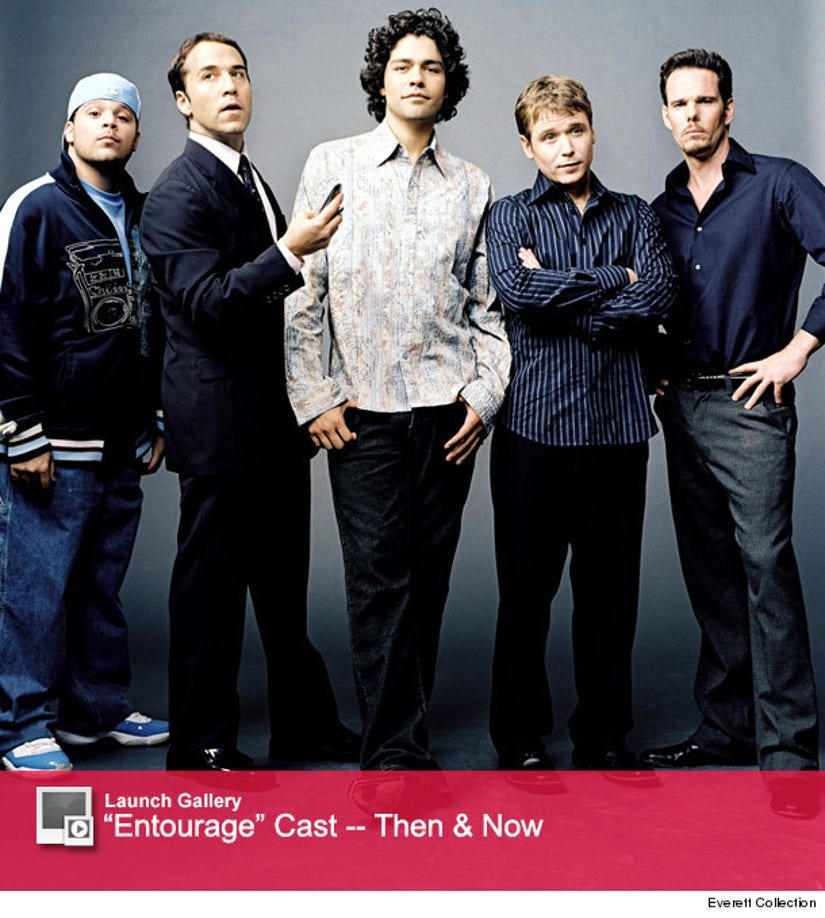 And, who can forget our favorite hot-headed agent, Ari Gold (Jeremy Piven)?!

The eight-season series was filled to the brim with celebrity cameos, hot Hollywood nightclubs and a whole lot of partying -- and we loved every minute of it.

While we finally get to see these boys back together on-screen in the "Entourage" movie on June 5, toofab is taking a look at what Vinny and his pack-mates have been up to since the show premiered over a decade ago in 2004.

Grenier was probably best known for starring in the movie "Drive Me Crazy" before he nabbed his "Entourage" role. He later co-starred with Anne Hathaway in "The Devil Wears Prada" and directed two documentaries, "Shot in the Dark" and "Teenage Paparazzo."

Dillon later appeared in "Poseidon," "Hotel for Dogs," and "Compulsion." After the show, he starred in the short-lived CBS comedy "How to Be a Gentleman" and he also recently finished filming "The Throwaways."

Before Connolly landed his HBO role, he had supporting roles in "The Beverly Hillbillies" and "The Notebook." He went on to star in "He's Just Not That Into You" and the CBS comedy, "Friends With Better Lives."

Ferrara launched his career with TV guest spots on shows like "King of Queens" and "Grounded for Life." After "Entourage," he went on to star in films, including "Battleship," "Think Like a Man," "Last Vegas" and "7500" -- and made headlines thanks to his impressive weight loss.

These four friends will all be back in the movie, which will pick up right where the show left off.

Take a trip down memory lane by clicking through the gallery above to see how your "Entourage" stars have all changed through the years!