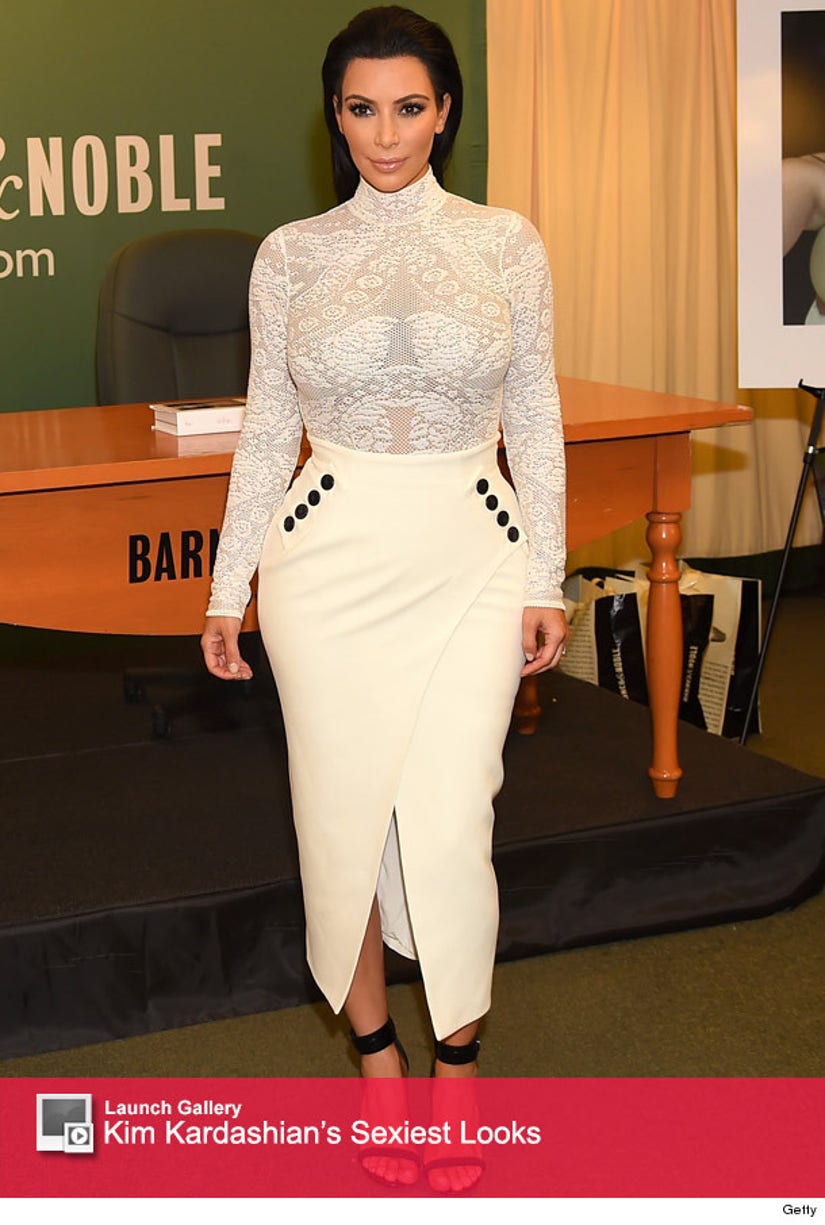 For once in her life, Kim Kardashian was actually afraid to take a selfie?!

The "Keeping Up With The Kardashians" star held a signing for her new book "Selfish" in NYC on Tuesday -- where Extra caught up with the author to get the scoop on her night at the Met Gala and her plans to help Bruce Jenner ﻿find his style.

The 34-year-old attended the star-studded event on Monday night in a gorgeous Roberto Cavalli gown, but the self-described "selfie queen" didn't even bring her camera for fear of violating Anna Wintour's newly imposed "no selfie" rule.

"Everyone started to take pictures, but I didn't even bring my phone in so I got photos from Kanye's phone, because he was just taking pictures," she explained. "I was like 'I don't want to get in trouble'".

Despite the ban, her hubby did manage to capture a super special moment of Kim and Jennifer Lopez wearing similar sheer gowns, which she shared on Instagram. 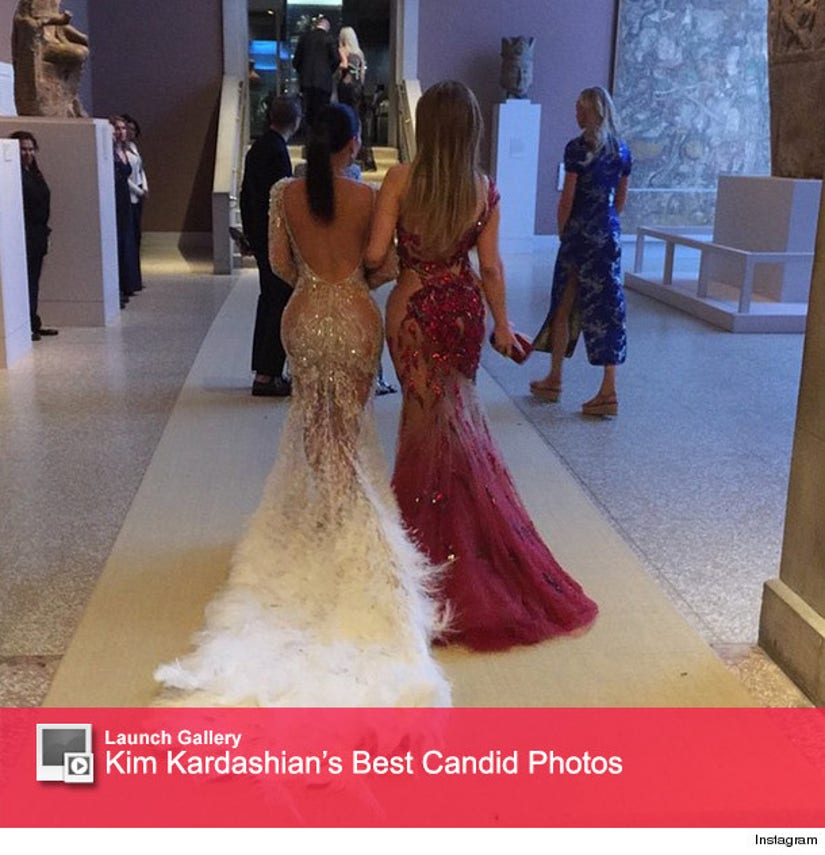 One moment that needed no camera, was Kim's run-in with Cher, who she says inspired her whole Met Gala look.

"I was so excited. I had no idea she would be there," she said of their encounter. "I've had this reference on my computer of Cher. I had no idea it was a picture of her from the first ever Met Ball, so that was really cool."

"I had to meet her and tell her that my dress was inspired by her. I wanted sheer and white feathers. [Cher] said, 'Oh my God, it's the Bob Mackie gown. That was the first Met Ball in 1974.' She told me the whole story around it. That was a special moment for me."

No doubt North West's mama had her glam team on stand-by for the night!

She also revealed that she will be helping her 65-year-old step-dad, who is going through a gender transition, find his own squad, since she will not be sharing hers.

"I'm trying to hook him up with designers now. I said my only concern is that you do not steal my glam team," she joked. "I will find you a glam team. I will get you whatever you need. I will be there, I will test it all out with you, you just can't steal my glam team ... but if you are going to do this, you have to do it right. You have to look amazing, and I'll help you."