Meryl Streep and Mamie Gummer take their mother-daughter relationship to the big screen in the highly-anticipated film, "Ricki and the Flash."

The Oscar-winning actress plays Ricki, a hard-rocking singer who tries to reconnect with her family after her daughter Julie (Gummer) is left broken-hearted from a broken engagement. The musician's relationships with her kids and ex-husband (Kevin Kline) are strained after years of being absent.

Diablo Cody, who wrote the story about the life of her mother-in-law, wanted to keep it in the Steep family. 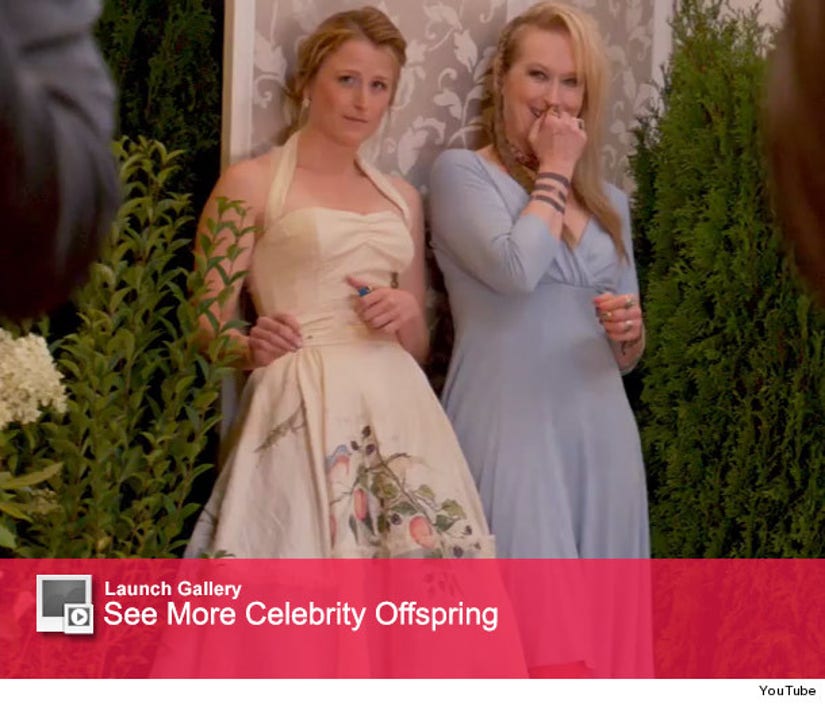 "We thought that would be a real cool thing for an audience to witness: a mother and daughter kind of working out their own stuff and their character's stuff onscreen at the same time. And Mamie is the revelation of this movie," Cody tells People. "Watching them go head-to-head was really something special."

The best part? All of the music was performed live!

"All the music is recorded live – there's no playbacks, no re-recording, no trickery, no studio," she explains. "What you're hearing in this movie was recorded on set."

"Ricki and the Flash" jams into theaters on August 7.