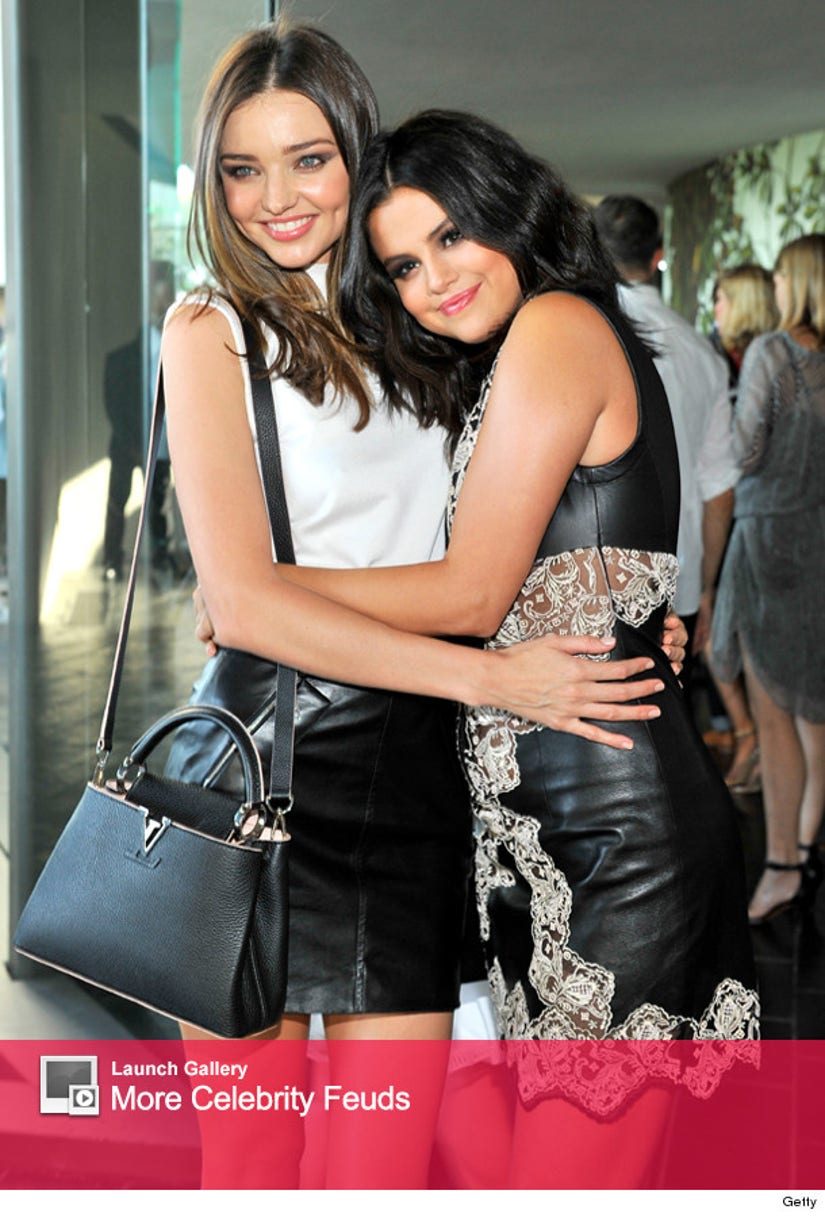 Talk about putting your past behind you ... for fashion!

Despite a complicated history with exes Orlando Bloom and Justin Bieber, Miranda Kerr and Selena Gomez were snapped hugging it out on Wednesday at the Louis Vuitton Cruise 2016 Resort Collection event in Palm Springs.

The brunette beauties both looked smokin' hot at the stylish soiree!

The supermodel put her enviable bod on display in a black leather mini and white tank, which she paired with classic black pumps and a black tote.

The "Come & Get It" singer showed off her curves in a black leather Louis Vuitton dress with white lace details. Her cropped hair and smokey eye makeup added just enough edge to the super sexy LBD.

While these two were never reportedly at odds with each other, they certainly have a lot of boyfriend baggage between them.

Justin and Orlando got into a fight in July of last year after Bieber was linked to the Victoria's Secret model ... shortly after, the "Pirates of the Caribbean" star was seen out with Gomez on multiple occasions.