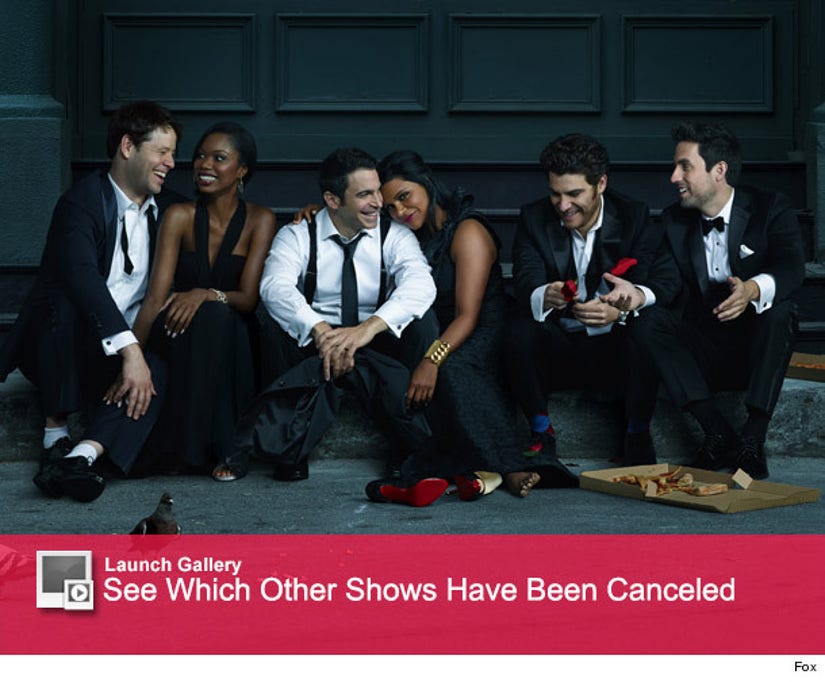 It's so hard to say goodbye!

Mindy Kaling's beloved show "The Mindy Project" will not be picked up for a fourth season at Fox, according to The Hollywood Reporter.

The show wrapped its third season back in March, and ended on a cliffhanger -- with Danny heading to India to surprise Mindy's parents after the two got into a fight over marriage.

While the show's over at Fox, there's still hope though.

Universal Television is reportedly in serious talks with Hulu for multiple seasons. Keep those fingers crossed!

“I just think there are more stories," Mindy previously told THR when asked whether they would try to jump networks if it wasn't renewed. "I do think there's more to tell, and I think fans would be disappointed not to see more adventures with these characters."

"I'm sure Mindy and her writing staff have a lot of interesting things up their sleeves that they want to do with these characters," he told us back in April.

Do you think Hulu will pick up the show? Tell toofab in the comment section below and click the “Launch Gallery” for more TV shows that got the axe!