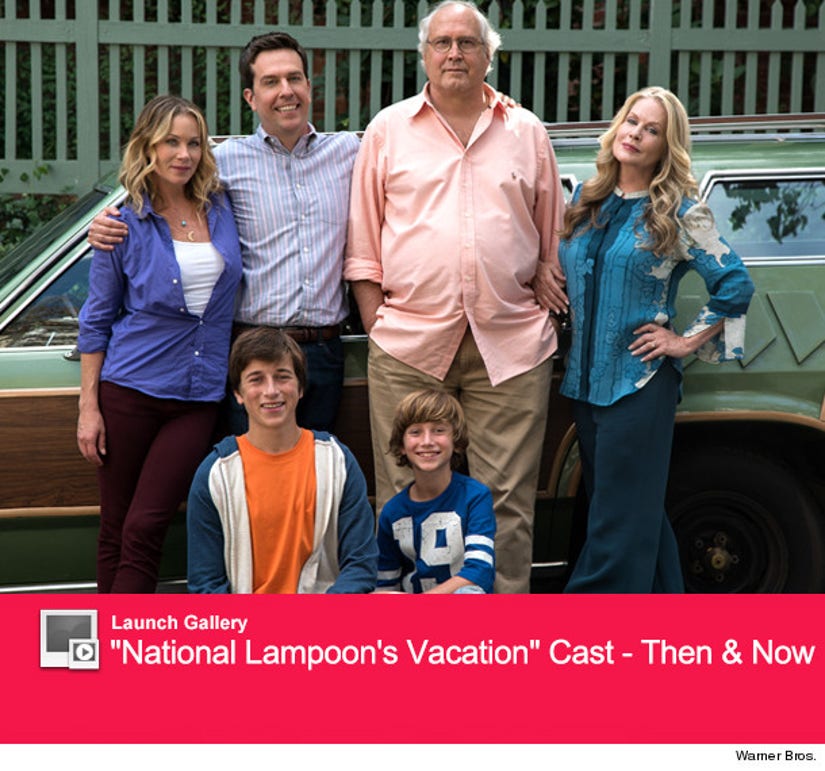 The highly-anticipated flick stars Ed Helms as a grown-up Rusty Griswold, who opts to redo his childhood vacation to Walley World with his own family.

In true Griswold form, the family trip is filled with not-so-family-friendly hiccips, including a dip in a sewage pond, conversations about glory holes and a close encounter with Hemsworth's abs and Thor's huge, uh, hammer.

You don't want to miss the trailer above -- just make sure your boss isn't watching!