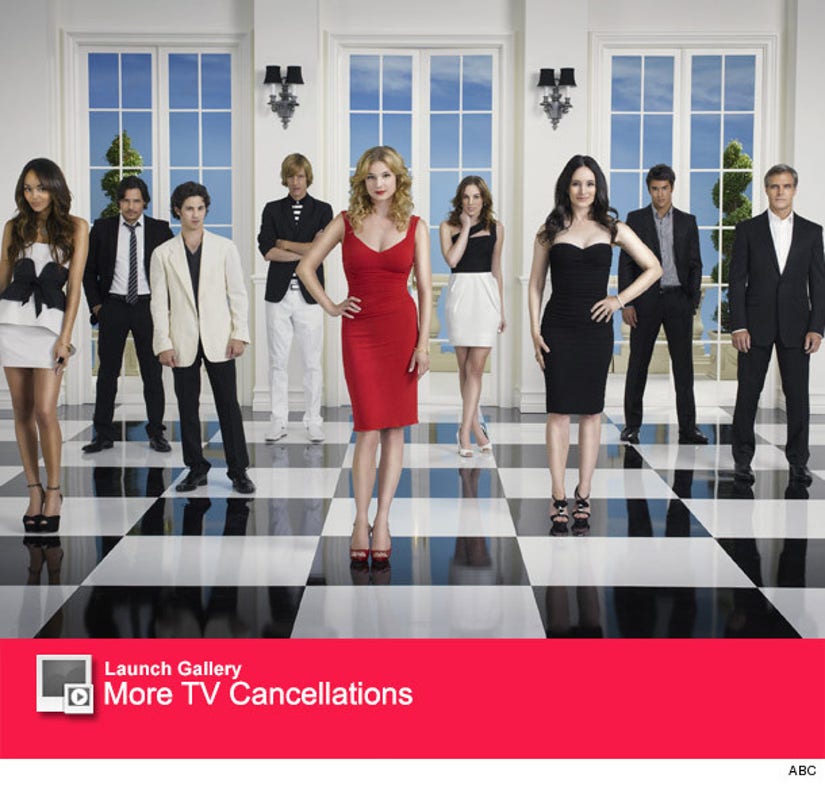 If you're sitting on the edge of your seat and waiting to learn the fate of your favorite TV shows ... you came to the right place!

The networks are preparing to reveal their final plans for the Fall 2015 primetime schedule, but we have updated information about the current shows that have been renewed -- or axed.

Some of the biggest series to already get canceled are NBC's "Revenge" and "Resurrection," Fox's "The Mindy Project," CBS's "The Mentalist" and "Unforgettable," ABC's "Forever" and The CW's "Hart of Dixie." "Two and a Half Men," "Parks and Recreation," "Glee" and "Parenthood" also recently wrapped up their runs.

Of the notable renewals, ABC's "How to Get Away with Murder," "Black-ish" and "Secrets and Lies" are coming back, CBS picked up "Scorpion," and NBC still loves "Chicago Fire" and "Chicago PD."

ABC also announced on Thursday that "Nashville" will be returning for a fourth season.

As for what's on the fence, "The Following" is still up in the air for Fox and NBC's "Marry Me" might not make it.

To help you monitor what's staying, what's going and what's riding the "bubble," click "Launch Gallery" above and check back with toofab for the latest TV news.

Are you surprised by any of the renewals or cancellations? Sound off!