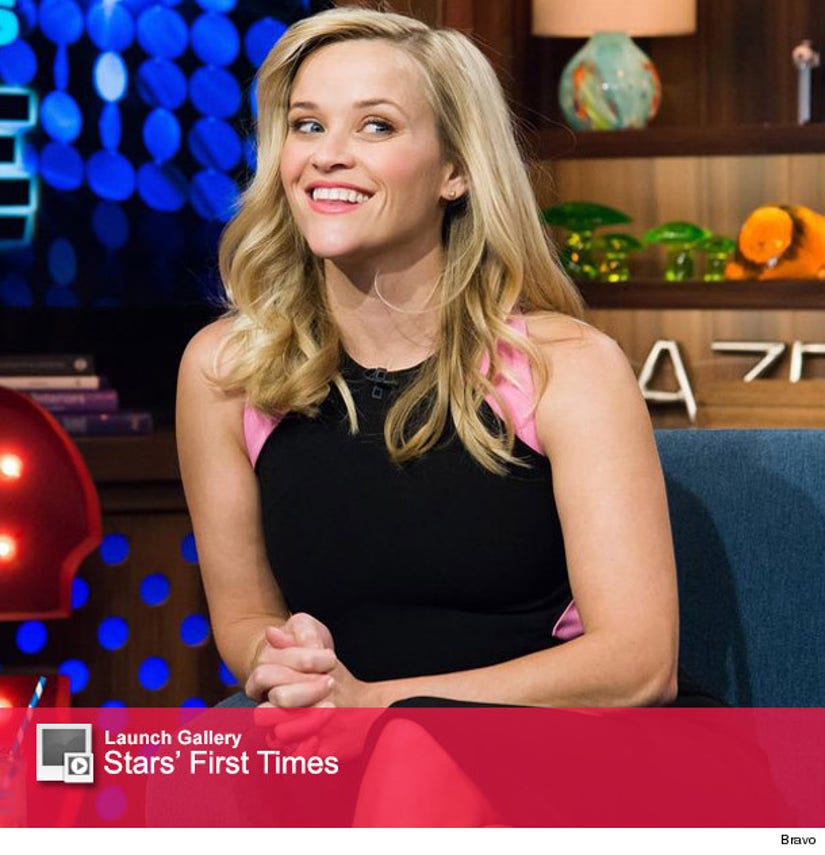 Reese Witherspoon is airing all of her dirty little secrets!

The "Hot Pursuit" star stopped by "Watch What Happens Live" on Thursday, where she spilled the tea during a game of "Plead the Fifth."

Host Andy Cohen put the actress in the hot seat, asking what she really thought of Ben Affleck's full frontal penis in "Gone Girl." (Reese was a producer of the film).

"I mean, that scene went so fast that I didn't see it!" the blonde beauty said after laughing for 10 seconds. "I wasn't complaining... it's great. Congratulations, Jen Garner."

Cohen also asked Witherspoon when she lost her virginity, but her costar, Sofia Vergara, stepped in before she answered.

"She doesn't have to answer that, she has kids!" the "Modern Family" star said.

The mother-of-three followed up with a wink and simple comment: "At a good age."

Check out the clip to find out why a question about Joaquin Phoenix made her "plead the fifth!"

During her appearance, the Hollywood veteran also acted out a scene from her 2001 movie, "Legally Blonde," with Vergara and Cohen.

"You have fantasized about being best friends with America's favorite Gemini vegetarian, Elle Woods," Cohen told viewers. "Well, this girl's dreams are about to come true. Here's what, it's time for Club House Play House. We will be performing a scene from Legally Blonde."

Cohen then pulled out a wig and said he would play Elle's BFF Margot, while Vergara would play her other bestie Serena.

Watch the video above to see these three in action!