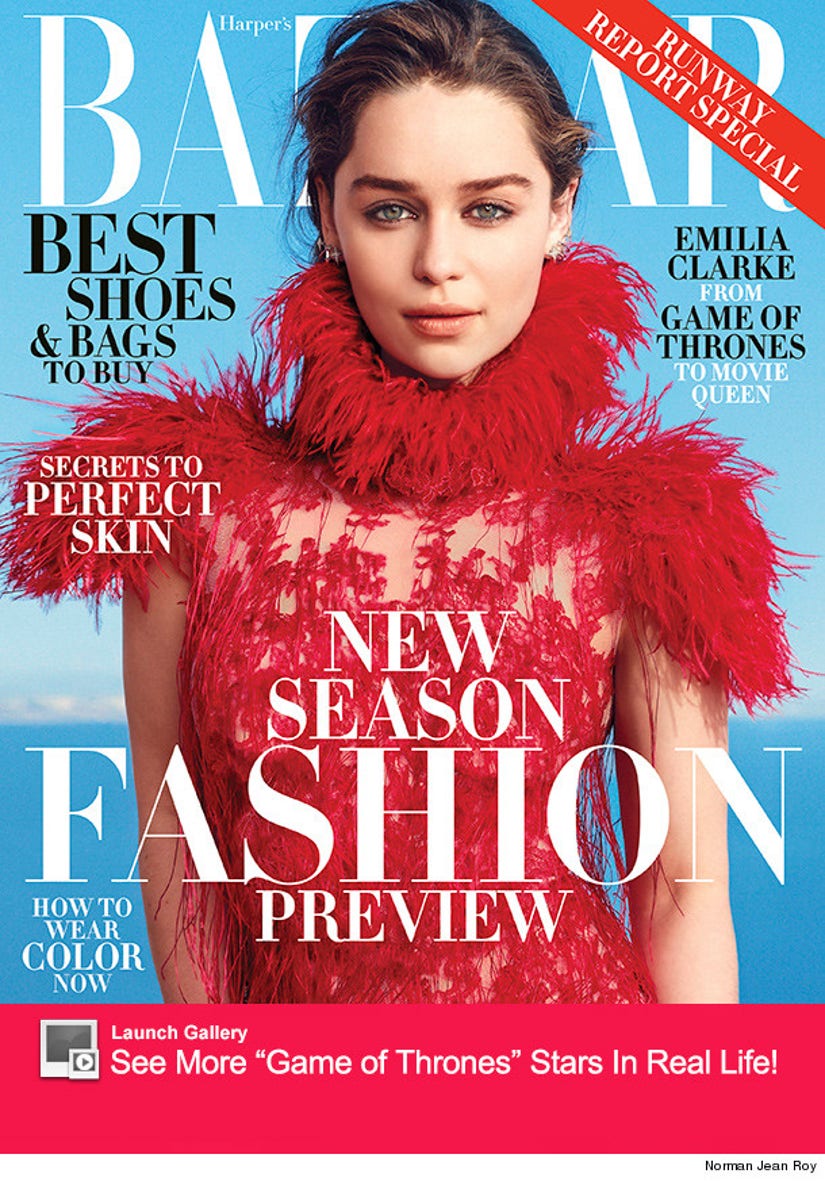 The Mother of Dragons wants to heat things up with Channing Tatum and his equally hot wife, Jenna Dewan-Tatum.

"Game of Thrones" stunner Emilia Clarke works it out in the new issue of Harper's Bazaar, where she looks gorgeous in some haute couture while opening up about her celeb crushes and getting naked on the hit HBO show.

While the series is a fan favorite, it's apparently huge with the celeb set as well -- and Clarke was shocked to find out how much the "Magic Mike" star and his wife loved the show.

"I was at a Golden Globes after party and Channing f***ing Tatum came up to me, and his stunning missus, Jenna Dewan. And they said, 'We call each other “moon of my life' and 'my sun and stars' and all that," Clarke tells the mag. "And I was like, 'I cannot contain this. Please, can we all have something sexual together? You're both beautiful, even just a hug.'"

No word on where the night took them, but we're guessing she at least got a hug from the hot duo! 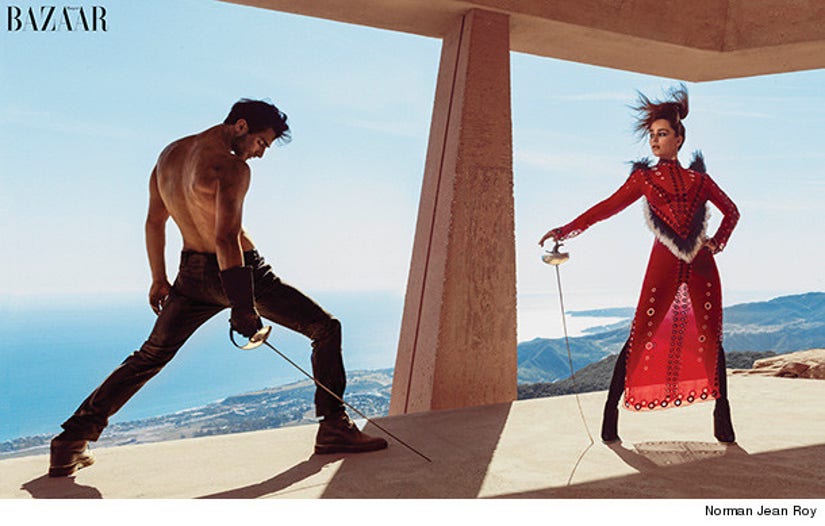 The 28-year-old actress also opened up about filming one of the series' most memorable moments.

At the very end of Season One, her character had to emerge from a fire in the buff, with her newborn dragons by her side. It was a pivotal moment of the series and teased some great things to come -- but was also uncomfortable to shoot.

"The crew was a few cliffs over, so it's me, four or five extras, and Iain Glen [Ser Jorah Mormont]," she explains. "Iain does this thing where he lifts his head up and his face goes, 'Ahh naked lady.' But because they were filming so far away, what he said was 'Great tits, love.' I'm like, 'The camera's not on you, can you stop commenting on how great you think these breasts are?'" 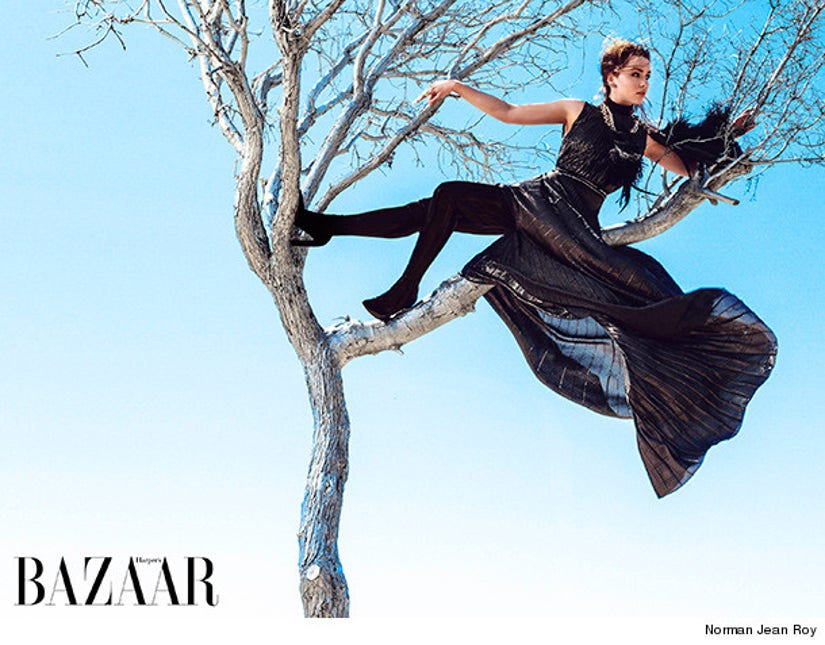 A more covered-up Clarke will next appear in "Terminator Genisys," taking over the role of Sarah Connor from Linda Hamilton while starring alongside Arnold Schwarzenegger.

"It never gets old. He was so much fun," Clarke says of her costar. "I expected this massive ego to turn up, but his is this charming, sweet, kind man. He got really excited to film the scenes."

See more from Emilia when the new issue of Harper's Bazaar hits newsstands May 26.