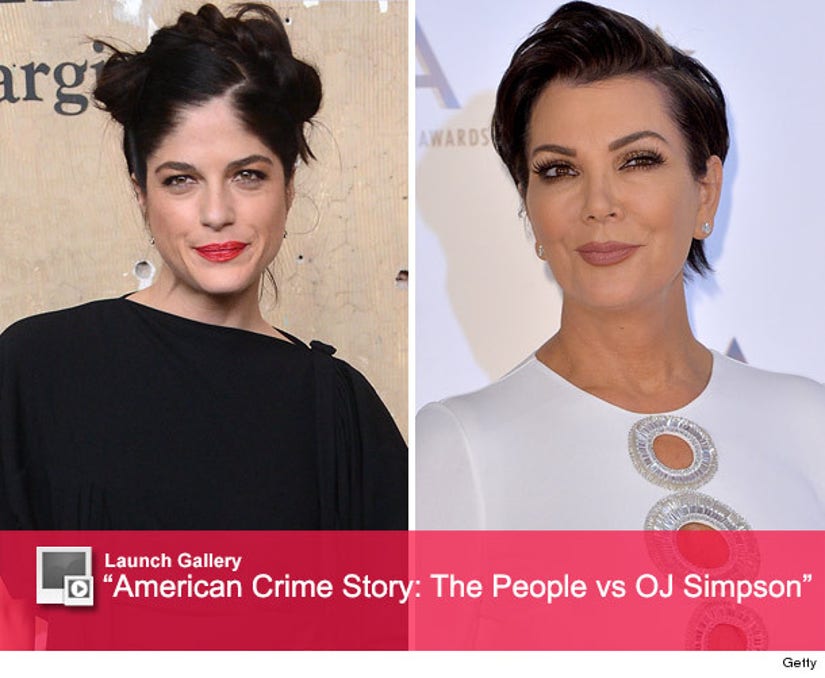 The 42-year-old "Cruel Intentions" star will take on the role of the Kardashian matriarch in Ryan Murphy's highly-anticipated mini-series, which looks at OJ's murder trial from his lawyers' perspectives. The former NFL legend was acquitted after being accused of killing his wife, Nicole Brown Simpson.

"This is an exciting project for me, as I've been looking for the right property which could serve as an extension of the 'American Horror Story' brand I love so much," Murphy recently told The Hollywood Reporter of the project. "The OJ case was as tragic as it was fascinating-- it seemed like everyone had a stake in the outcome. It was really the beginning of the modern tabloid age."

Check out the gallery above to find out which famous faces will be playing the parts of Nicole, Marcia Clark, Denise Brown, Judge Ito ﻿and more.

"American Crime Story" begins production this summer -- are you excited to see it? Sound off below!