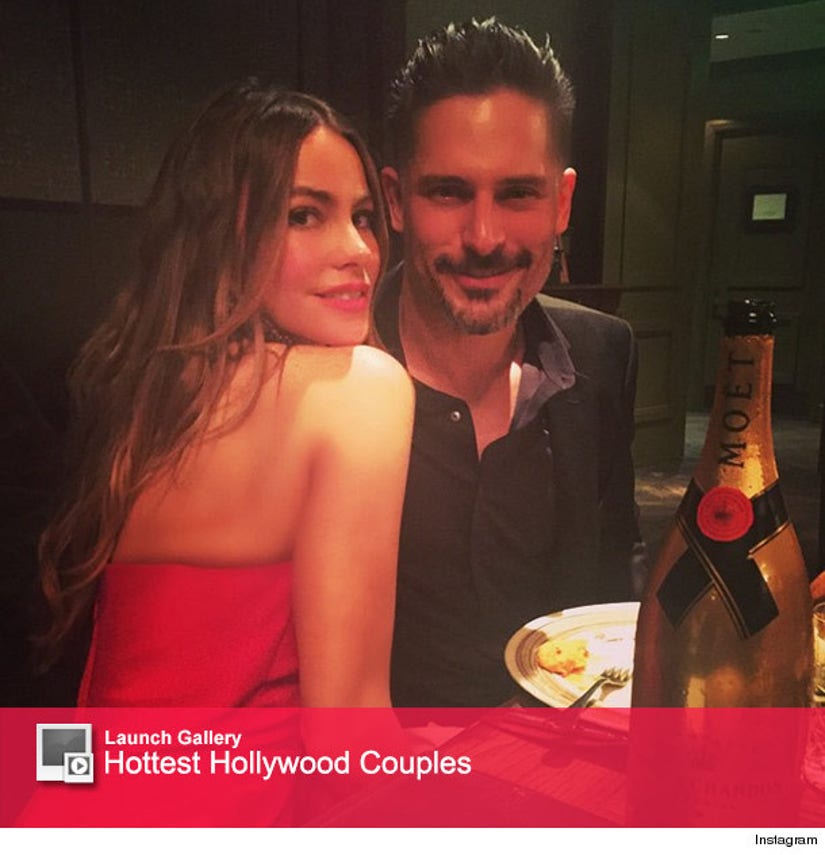 Wedding bells are in the air for Sofia Vergara and Joe Manganiello!

The hot Hollywood couple and soon-to-be Mr. and Mrs finally celebrated their upcoming nuptials over the weekend at Soho House in West Hollywood, California, after getting engaged four months ago.

The lovebirds cozied up to one another in a shot shared on the "Modern Family" star's Instagram -- and the couple couldn't look more in love.

In the photo, the Colombian star dons a tight red dress and her signature tousled waves as she sits alongside her man, who looks dapper in black.

The 42-year-old and the "Magic Mike XXL" star were surrounded by close friends and family, but the most surprising guest was actor Arnold Schwarzenegger -- who even gave an engagement toast to the couple! 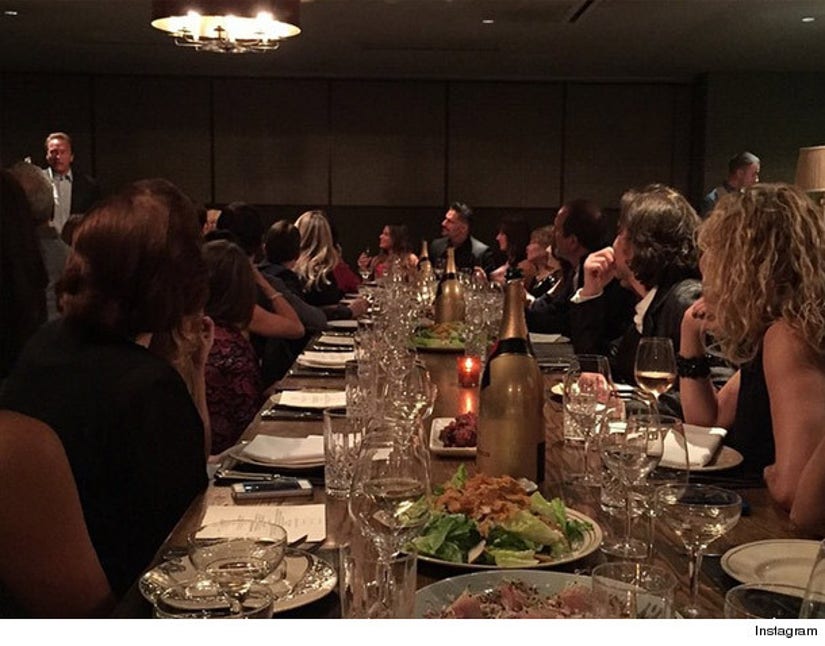 "Congratulations to these two ugly people. It's so sad, but luckily they have me to aspire to, physically. #Congration #YouDoneIt #HappiestCoupleEver #EngagementParty #PapaJoeVolume2 #TerminatorGaveASpeech #HostedByBarryPeele," Sofia's son Manolo captioned another snap above.

In the pic, Sofia and Joe sit at the head of the table, surrounded by their guests, as everyone turns their attention to the "Terminator" star. Manganiello has been a fan of the former body builder for quiet some time, the two even starred in the 2014 movie "Sabotage" together.

What do you think of the couple's engagement bash? Sound off below then click "Launch Gallery" for more hot Hollywood couples!