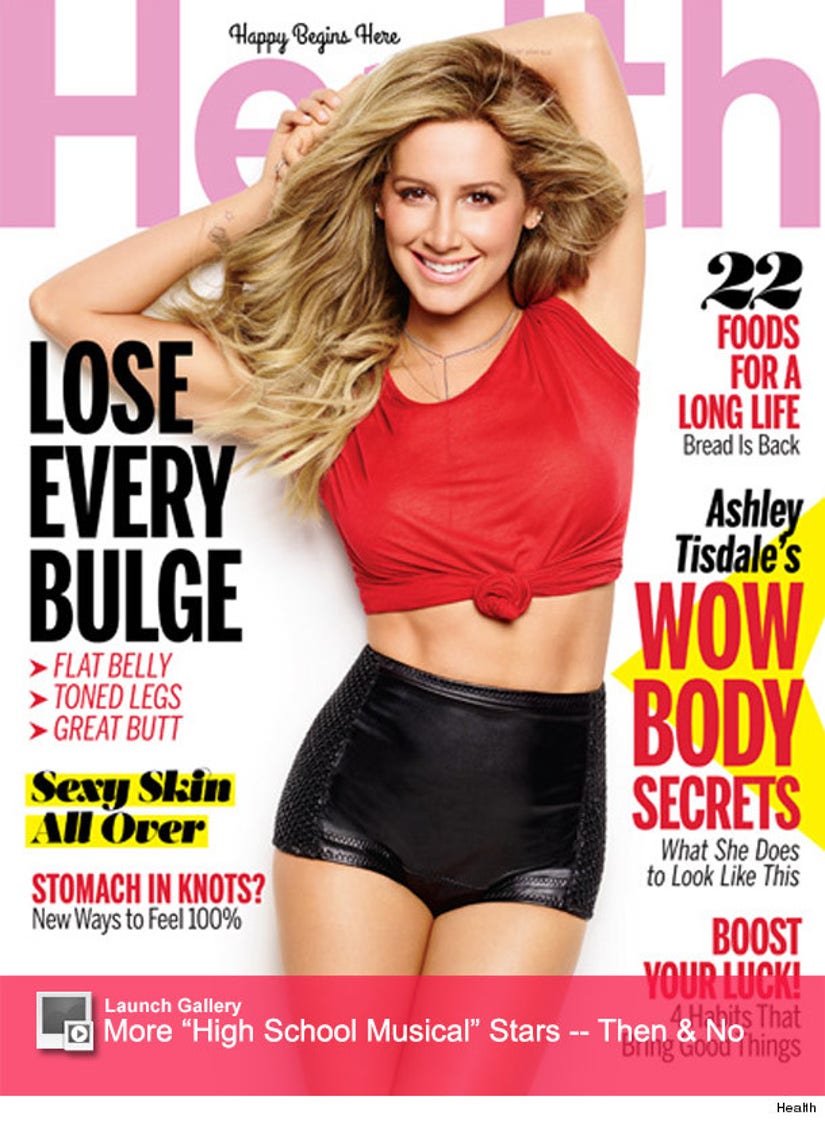 Ashley Tisdale is beauty and brains!

The "High School Musical" alum covers the June issue of Health magazine (via E!), where she opens up about the media's misconception of her life and reveals her career goals.

The blonde beauty stuns on the cover of the mag rocking black hot pants and a red crop top, which highlight the 29-year-old's fit physique.

"I think people have a perspective of me that I'm this blonde and I just like to shop," she tells Health. "I'm deeper than what people expect."

Aside from acting, Tisdale also runs her own production company ... which tends to surprise people in the industry when they see how hands-on she is.

"Even with my production company, people think I have somebody else running it, but then they start to see, 'Wow, she does do it,'" the actress confesses. "I feel like it's so important to support other women and their dreams. My production company, Blondie Girl Productions, is me and my sister, and every time I meet a female producer, I'm like, 'Yeah, let' do this!' Because usually it's a lot of dudes!"

Even though Ashley has found success, she still has a hard time when it comes to telling (and selling) women-focused narratives.

"It's a hard business to break into. It's hard to tell women's stories because they don't know where the audience is for female-driven movies," she continues. "But it's like, look at 'Bridesmaids'! We are there!"

The actress was also given some sound advice from the late Brittanty Murphy when she was just getting started in showbiz.

"I met her backstage at a Kids' Choice Awards. I was doing pilots, but they weren't getting picked up," she remembers. "I was just like, 'I am your biggest fan.' She said, 'Are you an actress? OK, you gotta keep going. Whatever you do, never give up.' She pinkie-promised me, and it was such a boost of confidence."

The "Scary Movie 5" star sounds like she's definitely following Murphy's advice, too. "One of my main goals is to win an Emmy for Best Actress," she reveals.

We can't wait to see what the actress does next -- what do you think about Tisdale's comments? Tell toofab below and click "Launch Gallery" above to see more of your favorite "HSM" stars then and now!