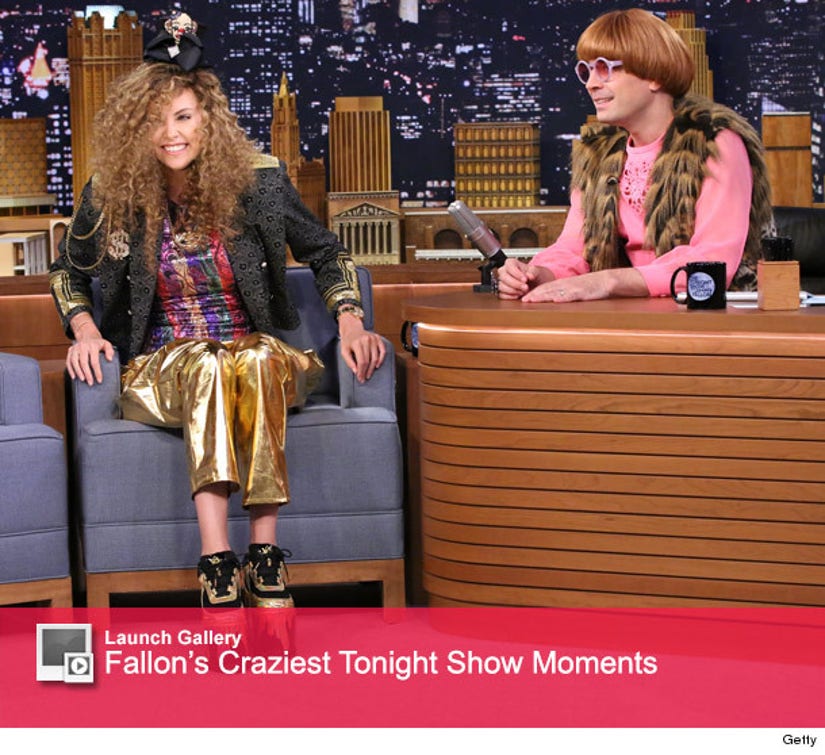 Well this is a new look for Charlize Theron!

The usually chic actress stopped by "The Tonight Show With Jimmy Fallon" sporting a new-get-up that left her nearly unrecognizable.

While promoting her flick "Mad Max: Fury Road," the 39-year-old and the funny man host decided to dress-up in out outrageous outfits for the interview. Charlize selected Jimmy's crazy look, while the host picked out her ridiculous gold lame pants, platform shoes and frizzy hair for the night.

"I was a little surprised when I found this in my dressing room," Jimmy explained. "This is what you chose for me, you thought this would make me feel more comfortable."

"I thought it would make your shoulders smaller," Charlize replied barely keeping a straight face.

The host was understandably confused by his outfit and couldn't even figure out the gender of his "costume."

Sean Penn's other half revealed to the host that he was in fact a woman that she dubbed Rosetta McClintock. Jimmy revealed that the South African beauty's character was named Bonanza and that she played the bass for Prince.

Watch the clip above to see what happens when Bonanza shows off her guitar skills with The Roots!

This isn't Jimmy's only crazy "Tonight Show" stunt click "Launch Gallery" above to see more of his hilarious antics!